Drive The Cars
Home Car News A Breakdown Of All The Tragic Choices In Taylor Swift’s “Look What... 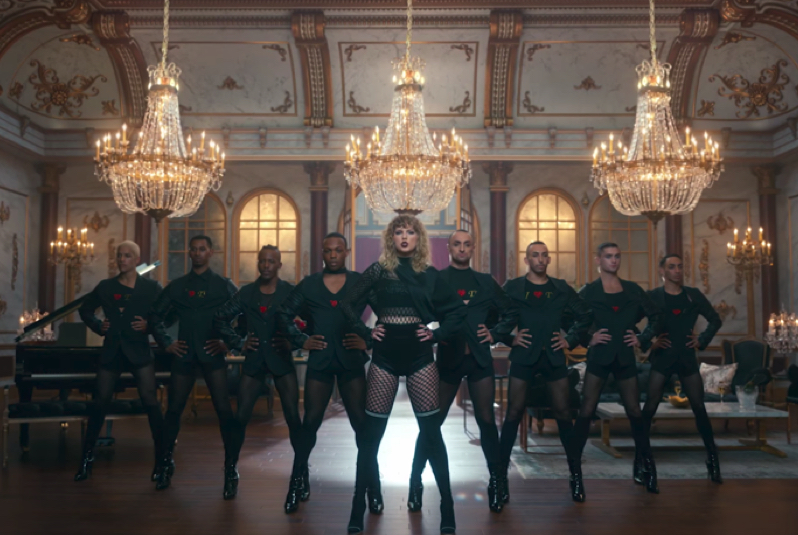 Last week Taylor Swift released her third grade Tim Burton fan fic lyric video for her new single, “Look What You Made Me Do”. Last night at the VMAs, she released the actual video, and it’s… a lot. To spare you the torture of watching it yourself, we’ve broken down everything you need to know so you can hate on it to everyone who’ll listen as if you watched it without having to waste over four minutes of your life.

The video begins in some haunted graveyard, where we see a tombstone for “Taylor Swift’s Reputation.” You’re in the right place, because things are about to get weird. We see a zombie version of Taylor crawl out of the ground and then throw some dirt into her own grave with a shovel. The zombie makeup is actually pretty legit, and the contouring is next level.

Then we see Taylor in a bathtub full of diamonds, which seems like a pretty obvious a reference to when Kim Kardashian got tied up in a bathtub while all her jewelry got stolen. Seems tasteful to us. If she wants to get Kimye fans on her side, she probably shouldn’t make fun of Kim’s armed robbery, just a thought. But whatever, Taylor’s a huge badass who puts diamonds in her mouth.

Next, we cut to Taylor sitting on this huge throne surrounded by about a million snakes, which seems like where she truly belongs. We’re actually very into the red dress/gold jewelry combo, but a little confused why her hair is slicked behind her ears. Whatever, there are much worse hairstyles to come. 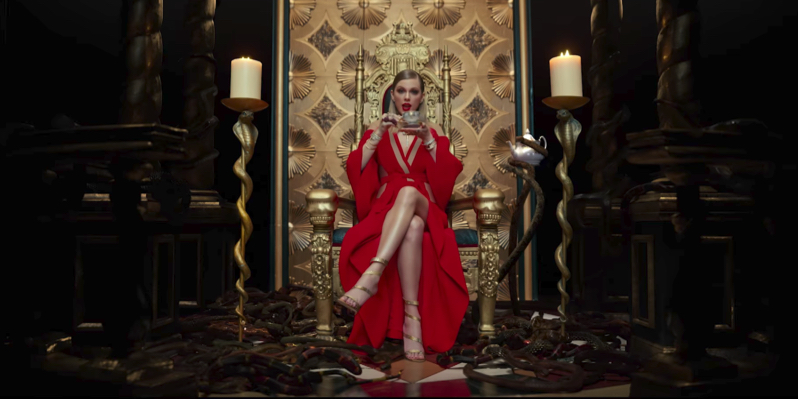 When the chorus kicks in, we see Taylor crashing a gold car into a light pole, and then she writhes around on the seat while posing for photographers and holding a Grammy. There’s also a literal leopard sitting on the seat next to her, because she’s a relatable girl. She also has some bangs that look like they were cut by a 6-year-old with no arms.

Then Taylor is on a swing in a golden cage, which is giving us Miley Cyrus “Can’t Be Tamed” vibes, so Taylor is only like, seven years late.

Next, we get Taylor and her team of cat-mask wearing losers robbing a streaming company, because we all know how much Taylor hates Spotify. She’s wearing a sweatshirt that says “BLIND FOR LOVE,” but it really looks like her hairstylist was the blind one.

But then we get to the part that’s already been memed a thousand times, when Taylor and her army of sad gays try to reenact the “Formation” video. It looks like Taylor left a perm appointment halfway through, and the resulting mop on her head is seriously heinous. Her background dancers are wearing crop tops that say “I <3 TS,” because someone offscreen was pointing a gun to their heads they really just love Taylor and NOT Katy Perry!

The last major part of the video is the parade of Taylor’s greatest hits, presented in visual form. Honestly props to her for sitting in the hair and makeup chair to recreate all those different looks, we just wish the end result wasn’t so meh. New Taylor is wearing a sparkly leotard that says “Rep,” and her hair is, again, slicked behind her ears, but like wet and shaggy this time.

Taylor then makes fun of herself like she never has before, having all her old personas say shit from years past, all of which she would probably still say today if her edgy rebrand didn’t depend on it. Like, Taylor, you can’t make a joke about how you always used to play a victim when you’re still playing a victim. Girl, no one made you do anything, you put out this shitty song all by yourself.