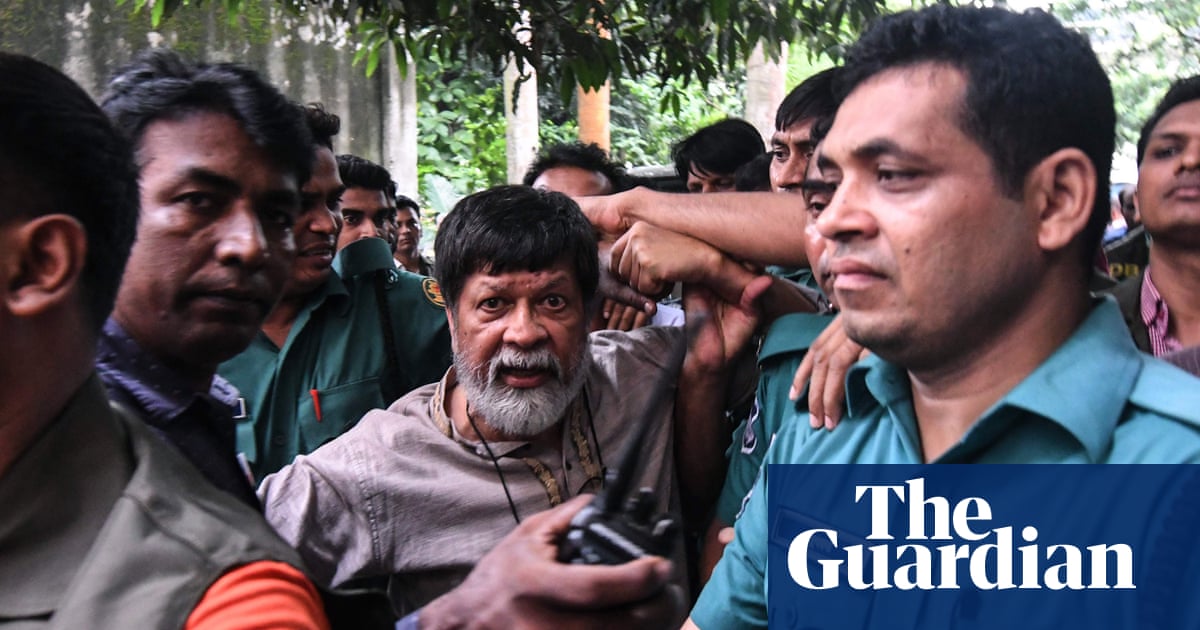 Bangladesh has promised to apply the death penalty to people involved in some traffic accidents as it struggles to contain mass student-led protests for better road safety.

The protests continued on Monday despite a forceful response by police and pro-government mobs.

At least 140 people have been injured since Saturday in the capital, Dhaka, as police fired teargas and rubber bullets. Men apparently loyal to the government began attacking demonstrators, media representatives and vehicles, including one carrying the US ambassador.

The United Nations and the US government have voiced concerns about the crackdown, which rights groups say is part of a wave of repression across Bangladesh in the lead-up to national elections in December.

Analysts said the rapid spread of protests, ostensibly focused on road safety, reflected deeper frustration in Bangladesh at a government that has grown less accountable as the prime minister, Sheikh Hasina, and her Awami League party have consolidated power.

The protests, now in their ninth day, began after a speeding bus killed two teenagers on 29 July, and featured student demonstrators calling for the government to regulate Bangladeshs chaotic roads.

Local media said dozens of people were hurt in Mondays clashes as police used teargas to disperse protesters in at least two areas of Dhaka including the southern Rampura neighbourhood and Bashundhara in the east.

[Protesters] tried to set ablaze a police camp, said Rafiqul Islam, a police chief in Rampura, claiming four officers had been injured. We fired teargas to disperse them.

Demonstrators said they came under attack from police and from members of an Awami League student group armed with sticks and bricks. The situation is very bad, one protester, Z Mallick, said. We have carried at least three students to the nearby Apollo hospital.

After initially dismissing students concerns, the government sought to mollify them, approving a draft law on Monday that would beef up the maximum penalty for accidents caused by reckless driving to five years in prison, up from the current three.

The law and justice minister, Anisul Huq, said the new law would allow for the death penalty if an investigation finds that the death in a road accident has been caused deliberately.

But it was not immediately clear whether the government was extending the application of the death penalty to road offences, or saying that deliberate or reckless killings with a vehicle would be prosecuted under existing laws of murder or culpable homicide that already attract capital punishment.

Since the start of the protests, tens of thousands of students have been involved in blocking roads in different parts of the city, asking drivers to show their licences and roadworthiness certificates, both of which are legally mandatory but rarely sought by police.

The students issued nine demands including the construction of speed bumps on dangerous roads, the enforcement of laws requiring licences and the death penalty for reckless drivers who cause death.

The demonstrations were largely tolerated by authorities until Saturday, when police started firing rubber bullets at demonstrators, injuring at least 100, according to students and doctors who treated the injured.

The violence escalated again on Sunday when a large crowd marched towards an Awami League office and was repelled by teargas and armed personnel, some on motorbikes, alleged to be party activists.

Half a dozen news photographers were among the injured and a car carrying the US ambassador, Marcia Bernicat, was attacked by armed men but escaped unscathed, the embassy said.

On Sunday night, police arrested Shahidul Alam, an activist and photojournalist who had been covering the protests and gave an interview criticising the government to the al-Jazeera television channel.

After Alams arrest, few students or analysts were willing to publicly discuss the protests and some asked media not to publish their images.

One Bangladeshi analyst, a professor at a western university, said anger at endemic corruption was sustaining the protests. This is about suppressed anger at the lack of accountability that has spiralled into a nationwide protest movement for justice.

He said the sense of alienation and impunity had been deepened by the prosecution in recent months of the countrys main opposition leader, Khaleda Zia, and the jailing or deaths and disappearances of thousands of opposition activists in past years. There is a lot of pent-up anger in the system and it just takes a spark to set things going, the professor said.

Amnesty International called for Bangladesh to end the crackdown on the student protesters and people speaking out against it. Omar Waraich, the groups south Asia director, said: The students have a right to peaceful assembly and physical security.