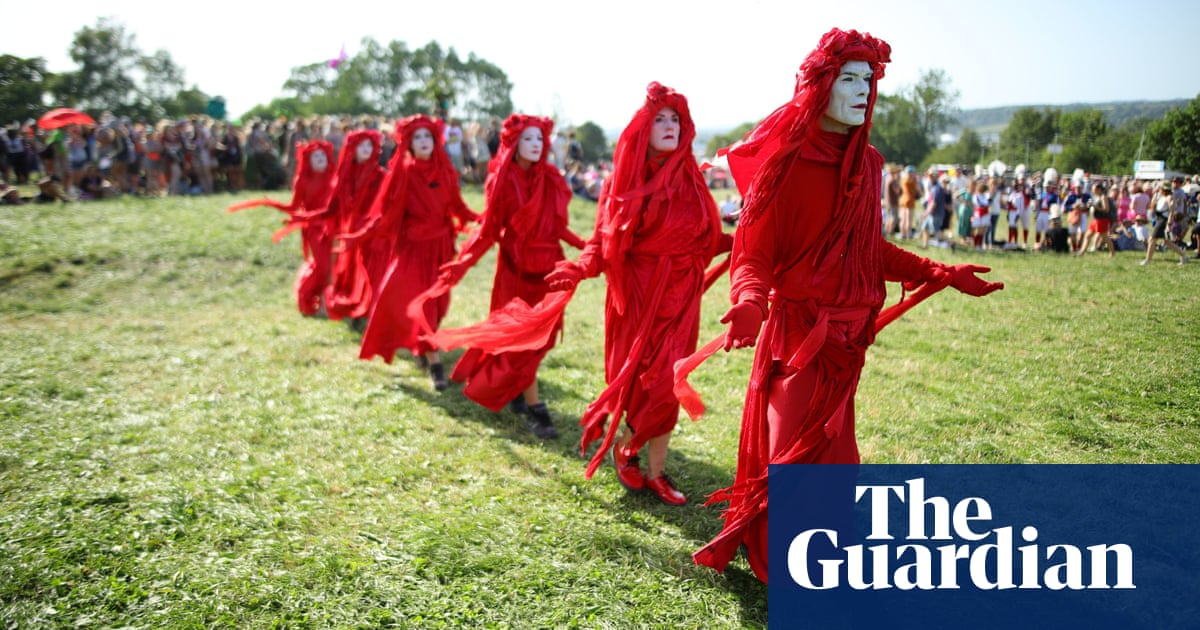 Nearly 2,000 festival-goers have joined climate change activists Extinction Rebellion to stage a procession across the Glastonbury site, tribute to indigenous people who have led the fight against world-wide heating.

Waving flags bearing the extinction symbol, which was seen across central London earlier this year when Extinction Rebellion protests brought the city to a standstill, the crowd paraded for about an hour in the blacken afternoon sun on Thursday from the festival’s park stagecoach to its stone circle.

Speaking to the crowd on the second day of the 49 th Glastonbury festival, Dr Gail Bradbrook from Extinction Rebellion, said: “[ Extinction Rebellion] is not a declaration. It is not awareness-raising campaigns. It is a rebellion. We are in active rebellion against our authority. The social contract is broken, the governments aren’t protecting us and it’s down to us now .”

Bradbrook said beings were waking up to the climate emergency.” This is not a slow movement of change. It’s a change in the consciousness of each of us.

” It is a collective displacement. It involves facing suffering and trauma and ruining our numbness and our narcissism and our self-indulgence that we have in this privileged western society .”