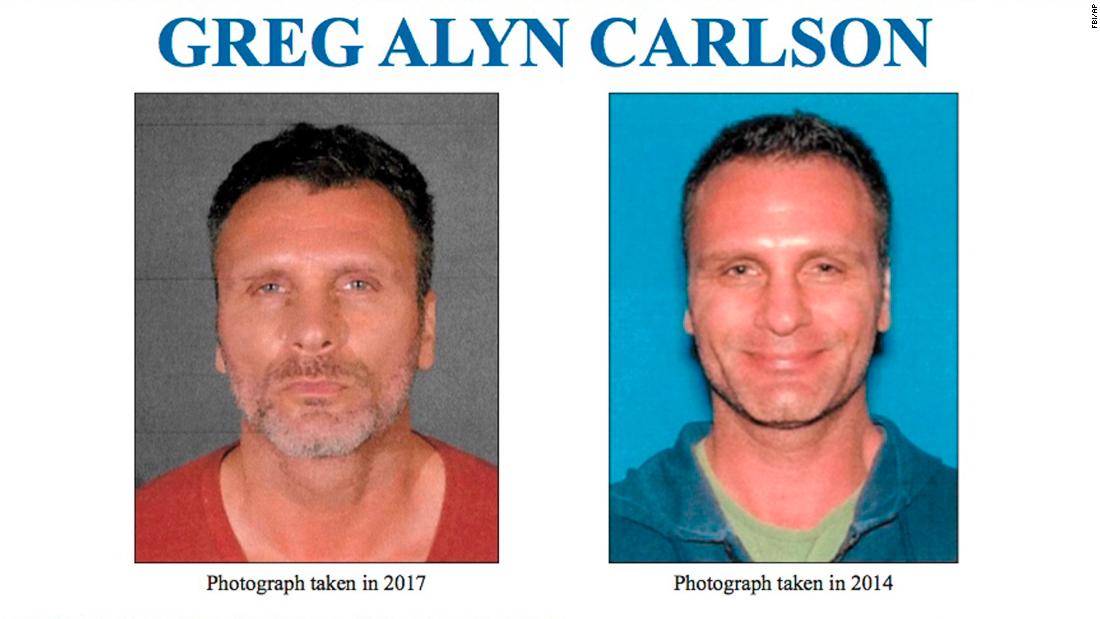 FBI agents tracked him to a hotel in Apex, North Carolina. An Apex police officer spotted a vehicle in a hotel parking lot that was associated with Carlson, said John Strong of the FBI field office in North Carolina.
When agents entered his hotel room, an altercation over a gun ensued and Carlson was killed, said Paul Delacourt, assistant director of the FBI’s Los Angeles field office.
Carlson was accused of a burglary in Los Angeles on July 13, 2017, during which he tried to sexually assault a woman while using a weapon. A local arrest warrant issued for Carlson charged him with burglary, assault with intent to commit rape and assault with a deadly weapon, according to the FBI.
DNA tests also linked Carlson to two other assaults from 2003, Los Angeles Police Capt. Billy Hayes said.
He was arrested in September 2017. After posting bond and being released from custody, he fled to Mount Pleasant, South Carolina, the FBI said.
He left South Carolina with a stolen handgun, a rental car and cash and led police on a high-speed chase in Alabama. He was later seen in two Florida cities in November 2017.
A federal arrest warrant issued in December 2017 charged Carlson with unlawful flight to avoid prosecution.