After a difficult year, the last thing Britains royal family needed was the Duke of Yorks self-inflicted crisis 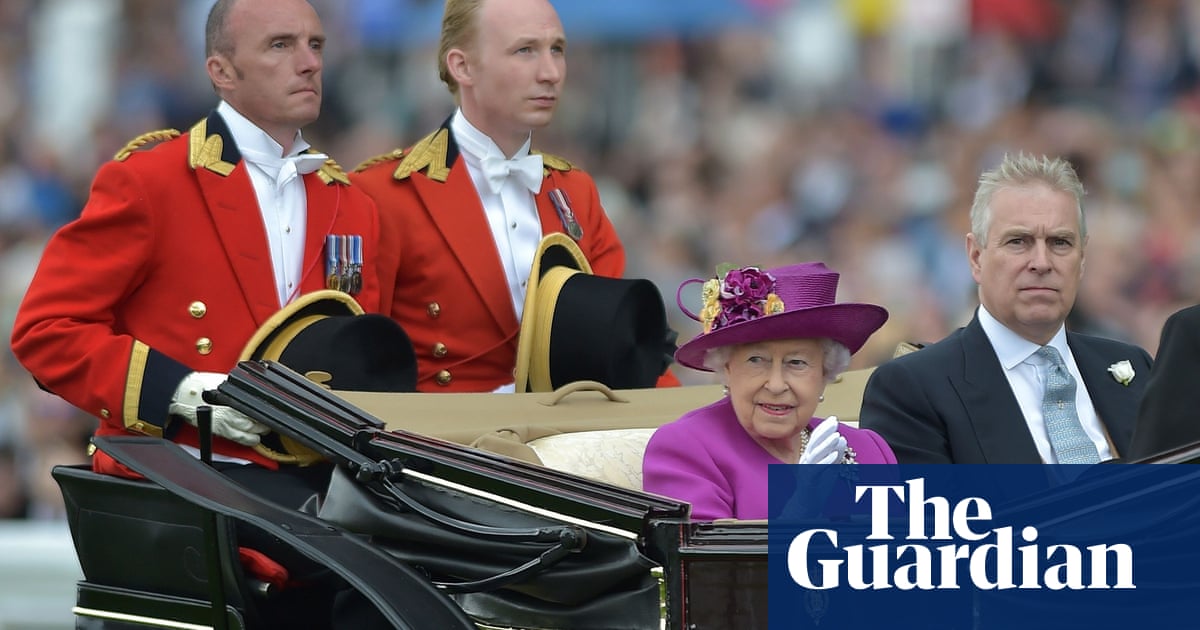 The unprecedented banishment of Prince Andrew to the outer contacts of the imperial firm, without a useful future capacity or official bookings, free- apparently- to spend more time with his golf clubs, comes at a crucial time for the family.

After the tragedies of the 1990 s and the patient rebuilding of reputation that followed, all seemed set fair merely 18 months back. The Queen was still soldiering stoically on into her 90 s, working on her red boxes of official papers every day as she had done for the previous seven decades and attending 293 bookings during the year. Prince Harry had just married Meghan Markle to favourite acclaim, apparently starting a new period for the royal family. And the sequence was assure to three generations, if they played their placards right.

How easily destabilising hesitations can pry. From the Duke of Edinburgh’s car crash in January, through to Harry and Meghan’s evident unhappiness with their imperial persona and their fissure with Prince William and Duchess Kate, the great hopes of the royal family, it has been a difficult year, if not yet another annus horribilis like 1992. On top of that came Andrew’s self-inflicted crisis, which has angered other members of the family, especially Prince Charles, reopening age-old abscess and hurling the smooth running of the institution into chaos.

Andrew’s fall from grace has had a slow motion inevitability. His relationship with the imprisoned babe sexuality crook Jeffrey Epstein had been known since the pair were envisioned strolling together in Central Park in 2011, but was ignored, especially once a Florida judge ruled that the allegations involving the prince were unnecessary to know. But following the latest complaints about Epstein and his suicide in prison in August, Andrew’s association with him was bound to float into view once more, even though no criminal accusations have been laid against him and he disclaims any personal wrongdoing.

His ill-judged television interview last weekend triggered his tumble, spotlighting as it did well documented mistakes: his gumption of entitlement, freeloading, obtuseness and insensitivity. The British public can bear a lot from its royal family but resent extravagance and arrogance, specially over the expenditure of money and particularly from someone whose dedication to the common good has been sometimes hard to detect.

The writing was really on the wall for Andrew’s future when companies started questioning their sponsorship of his Pitch @Palace initiative, a sort of Dragon’s Den with chandeliers, where young entrepreneurs once a year attend Buckingham Palace and present their ideas to business leaders.

They would seldom want to be associated with someone tarred by relationship with a notorious copulation wrongdoer. Andrew also has links to more than 200 kindness, 33 of which are involved with education and young people. He won’t immediately molted his honorary armed claims, as an admiral( except perhaps as admiral of the Sea Cadet Corps ), honorary colonel of various platoons and an breath commodore in the RAF, but they won’t like the adulterate either and he may have to stand down for the good of the services. Talk that Andrew’s purdah will only last a few months is wishful thinking: Epstein’s ghost will ever poise behind him now.

Andrew’s absence will leave a hole in the royal grid: who will fulfil the 394 participations he be put into practice last year? Who will step in to his capacity with business, particularly with Harry and Meghan also taking a back seat? The ambition of Prince Charles and some consultants to slim down the working membership of the family to a smaller active core is being achieved by natural wastage , not design.

Age is also having its gist: the 98 year-old Duke of Edinburgh has retired, the Queen herself is slowing down at 93, Charles is 71 and even William is nearly 40:” He’s just another bald bloke in a clothing ,” one royal photographer lamented. The recent poll this week, YouGov for the Times, was grim: 54% supporting the sovereign, 20% not and 25% indifferent. The programme will need a rethink if the imperials are, in the Queen’s paroles, needing to be seen to be believed.