Drive The Cars
Home Car Crashs The schoolgirls who eluded the Stasi: ‘Someone said, 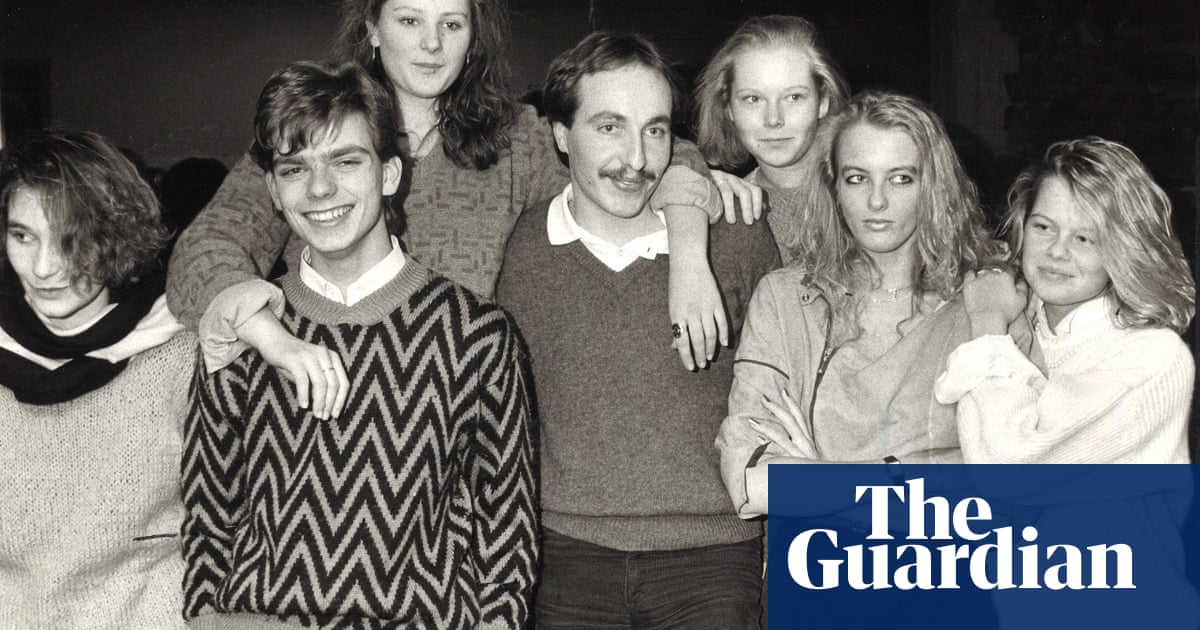 It’s December 1984, a few weeks before Christmas. Tina Kirschner and Barbara Kahlke, two 17 -year-olds from West Germany, are sitting on a creaking red bus headed for the socialist part of their divided country. They’re on a school trip, and the mood is rambunctious: nearly 40 teenagers singing along to Duran Duran. But once they cross the heavily guarded border, world hits. The world-wide they’re enrolling feels alien and forbidding. All around them, slogans celebrate the glorious achievements of the German Democratic Republic( GDR ). Yet as they pass across the crumble township cores, the browses are empty. Here, simply a couple of hours from their little hometown of Marburg, beings have been queueing for basic groceries.

In a carefully staged meeting with local students, the girls are told that their notions are wrong, that life here is good. When the East Germans insist that even their form of Coca-Cola is better than the west’s, the planned rapprochement descends into a battle over soft drink. Tina and Barbara are unsettled by the constant propaganda, the despotic sky. It’s almost like see an open-air prison; after all, the people around them can’t leave. Most of those who try to escape to the west are arrested and prison. Some are shot, or blown up by mines in the extinction strip.

One day, the teens call the medieval municipality of Erfurt for a sight-seeing tour. As some of them mill around the bus, a tall, gangly soul in his 20 s approaches, establishing himself as Bernd Bergmann. The daughters are astonished to learn he was born in Marburg, before his mother took him to the GDR as a child. When he discerned their Marburg number plate, he wondered if they might know a friend of his.

The girlfriends are hesitant at first, distrustful what to see of him. But “its also” curious, and Tina and a couple of others arrange to meet him in a coffeehouse later in the day. Bernd tells them he’s desperate to join his friend in Marburg. He has applied for an exit permit many times, but has always been rejected. Now he’s considered a troublemaker. He’s lost his job, and is being bothered by the Stasi, the East German secret service. Tina is outraged: how can both governments merely lock its people up? The friends agree to meet Bernd again in the night, in a boisterou underground saloon where they can talk more freely.

Later, the girls climb into the empty bus. Someone says, half joking: what if we take him across? For now, it’s just a remembered venture, almost a game. They look around the bus and notice a half-broken seat in the back sequence that is likely to be tip-off forward. One of them crawls into the space behind it. The others walk around the bus and check that she can’t be seen through the back window.

Yes, they speculate- this could work. At least, in theory.

It sounds like a cross between a John le Carre thriller and the Famous Five: the schoolchildren who tried to breach the iron curtain. I stumbled across their story by chance, because I also grew up in Marburg, a quiet university town on the banks of the river Lahn. My brother went to the same school as Tina and Barbara. Through old characters and school reports, and Stasi records, I pieced together what happened- how their giddy duty be converted into a cold-war drama, prompted a small war at their school, and ended with their educator being put on a secret service watch list. I tracked down that teacher, the schoolgirls, and the three men ready to peril everything to get out.

It might seem strange, to arrange an outing to a dictatorship, but at the time of the school trip, east-west relations had been thawing a bit. It reflected the contradictions of that age- the desire for a rapprochement despite the intense struggle, and the facts of the case that numerous Germans had personal ties to the other side.

Barbara’s father, for example, was a refugee from the eastern German responsibilities that are now part of Poland, arrived here West Germany at the end of the war. Her mother was from East Germany, but left before the border was sealed. They loathed the separation, but there was another factor that pricked Barbara’s shame. Like all German girls, she’d learned about the country’s Nazi past at academy, and the importance of moral courage. Indeed, the school trip to the GDR included a trip to a former Nazi concentration camp, Buchenwald. Barbara often wondered what she would have done back then: look away, or withstand?

When I talk to her at her residence near Hamburg, she tells me she had a clear sense that assistance Bernd was the right thing to do.” I think we just saw this amazing opportunity ,” she says. She describes the students’ tenacity:” We’re doing this, we’re going to push this off .”

Later that night, the girls sneaked out of their student lodging and into Bernd’s waiting Trabant. Barbara remembers being intrigued by the idea of the underground bar, and thinking that they might dance a bit. But in the car, the climate turned serious. Bernd signalled to them not to speak, in case the Trabant was bugged.

In the bar, they huddled in a corner. The girls told her all about the hiding place. The more they talked, the more particular they were about the plan.

The next day, feigning simple interest, the girls expected their steers about border checks. They were told there were no heat sensors or pups at the checkpoint they would be using, a urban sweep at Wartha-Herleshausen. Reassured, they sent Bernd a telegram from a local post office: a Christmas greeting, a prearranged signal that the project was on. As a precaution, they then burned their memo with his address.

By now, their little group had grown to almost a dozen people; other classmates had get gust of the proposal. That night, there was a heated discussion about the risks, and the girls decided to call it off. They would have to let Bernd down that morning, in person.