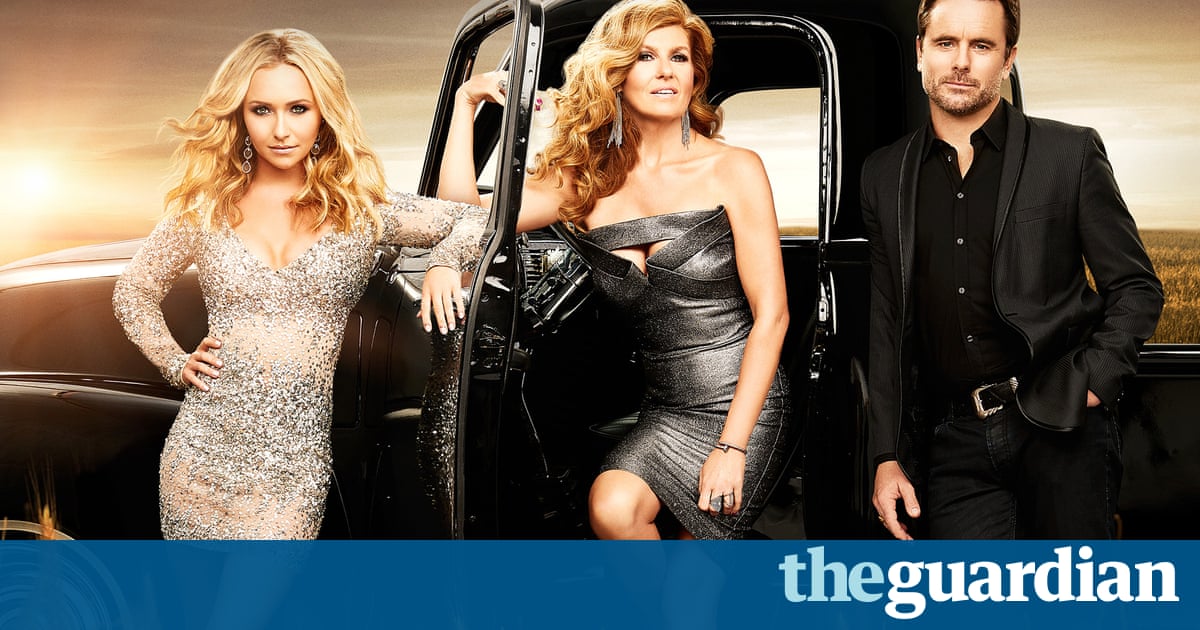 In October 2012, Taylor Swift abandoned her cowboy boot with fourth book Red. Country music necessitated a brand-new rescuer: a bankable girl act to split a sea of indistinguishable bros. She didn’t arrive toting an acoustic guitar down Music Row, but via a glitzy drama called Nashville that premiered that month.

And there used two of them. Caused by Thelma and Louise writer Callie Khouri, what looked like a show about the vicious antagonism between faded superstar Rayna James( Connie Britton) and the ruthless, rising Juliette Barnes( Hayden Panettiere) was more complicated than that. The tirelessly compassionate Rayna actually coaxed Juliette through endless emergencies: shoplifting, rash decisions and her drug-addicted mother’s death in a murder-suicide pact.

Nashville was relentlessly soapy, relying on collisions, charity triangles, parentage dress and outbursts. But its first serial had depth, exploring a city at the heart of US culture with a feminist lens on its music industry( both stars and amateurs) and scathing insight into government dishonesty, via Rayna’s crooked mayor partner. It felt like cable drama on network Tv and captivated appropriate heavyweights: Powers Boothe as Rayna’s dastardly father, Lamar Wyatt; The Wire’s Robert Wisdom as deputy mayor Coleman Carlisle. Plus, it had killer songs.

It too sensitively tackled craving: to alcohol( Rayna’s lifelong flame Deacon Claybourne ), capsules( Juliette and meek Scarlett O’Connor) and destructive relations( literally everyone ). By season two, nonetheless, the testify was losing its shit: memorable incidents included the mayor’s mistress to purchase a bucket of pig’s blood to counterfeit a miscarriage and extortion him.( She got a soapy comeuppance: DEATH .) The metropolitan angle faded. The scoundrels were pure panto: Rayna’s slimy label boss Jeff Fordham; conniving ex-talent-show-star Layla Grant. Scenes lasted about 30 seconds, the drama provided by someone sauntering in at an inopportune moment to afford some more expository dialogue. There was so much dry shareholder chat that you could understand why so many wizards behave badly. It had an appalling reliance on the” mystical negro” trope: black personas who expedite white-hot attributes’ self-discovery. And when all its songwriter attributes achieved prominence, the posts dissolved.

And hitherto Nashville was wonderful. Daft, campy splendor, fastened by empathic induces( such as Chris Carmack as gay singer Will Lexington) who softened its ridiculousness. There was no single shark-jump; this was shark dressage, and beautiful to watch- until it wasn’t. To pinpoint exactly when Nashville fell off, you’ll need a lot of pins and a hardy physique for trash TV. Was it when you sorrowed Jeff, the most difficult persona, descending to his death? Or when Rayna’s bratty daughter Maddie relentlessly haunted emancipation? For me, it came in season five, when Rayna croaked- at performer Connie Britton’s request!- following a car-crash-related coma( she’d already endured one in the opening season ). Cue a neverending background where each reputation saying goodbye felt like a funeral for the show’s good sense. A sixth line starts next year, but the age-old Nashville can’t come to the phone right now. Why? Because it’s dead !