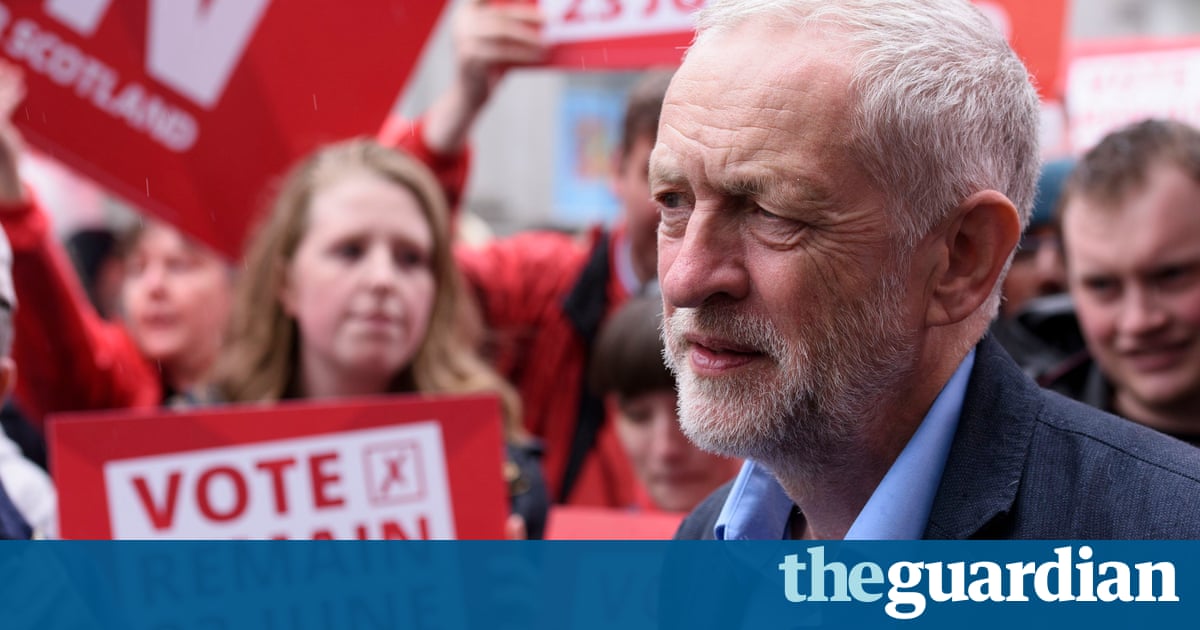 Since his rise to power in the Labor party, Jeremy Corbyns appeal to younger voters has been first underestimated and then much examined. How is it that, despite his rather lacklustre achievement during the referendum expedition, younger voters the majority of members of whom wanted to remain in the European union countries obstinately persisted in voting for him in the general election? Labours much-denigrated failure to commit itself to freedom of movement is a distressing disloyalty of his young adherents, travels this path of thinking. So why are they chanting his appoint at Glastonbury? To some, Corbyns popularity exactly does not compute, even now.

Perhaps an report of my own conflicted sentiments on the Labour leader might shed some light on why, for so many, his Brexit stance is not the be all and resolve all. Dont are wrong, I and Im sure many other Labour voters consider Brexit to be the biggest act of political self-sabotage in my lifetime, with stark ramifications for my generation and those following it. Were it to be miraculously cancelled I would be over the moon. But theres a sense that some would like everything to be about Brexit and exclusively Brexit. When the time comes to what parties care about in 2017 and vote on the basis of that simply is not the case.

I assembled the Labor party after the 2015 referendum. I had voted Labour then, despite bookings over pretensions it was not the working party for parties on assistances( during part of my childhood my family had been on advantages, and I was already sick to the back teeth of the relentless stigmatising in the media, and felt politically homeless as a result of it ). My main reason for voting as I did despite that cowardly plan of paying lip service to the widespread Conservative-backed demonisation of poor people was that Jeremy Corbyn was my neighbourhood MP. He was anti-austerity, as well as well-respected locally as a dedicated and compassionate constituency MP. I felt able to vote for him with a clear conscience.

After the Conservative victory, I connected Labour. I was devastated by the result, and felt that I needed to be involved in the direction that leftwing politics in its own country was taking. I voted for Corbyn as Labour leader( and would do so again a year later ), again motivated by his anti-austerity stance. During this period, Corbyns boosters were called naive and idealistic, but it was clear to me at the least that there was something in the air. Momentum was building. He might be unelectable, I told myself, but at least he believes in something. And that something happened to be the sort of socialism that I remembered had faded from British politics for ever.

A year later, and the referendum cause was for Brexit. The Labour party appeared to be imploding, and I was furious with all of them. I was angry at Corbyn for not campaigning as difficult for remain as I felt he could have done, and angry at the Labour MPs for their ruinous struggled takeover at a time when they should have been nailing the Tories to the wall for their tangle. Yet again, I felt politically homeless( because of tuition fees, I would never tolerate voting Lib Dem ). This, combined with a general think of unease about political relationship not mingling well with journalism I wanted to feel like I could slag Labour off if I felt they deserved it led to my leaving the party last summer.

Now, Im not laying claim to universality here; how any of us come to make decisions considering politics is as complex as it is personal. But I do know that many others I spoke to felt the same way as I did they enjoy the EU and what it stands for, were heartbroken to be leaving, and also felt that Corbyns campaigning on the questions left a lot to be desired. So when another the parliamentary elections was announced simply a year later, many of our conferences revolved around the question of who the hell we could vote for. And yet all of us, ultimately, intent up have voted in favour of a Labour party led by Jeremy Corbyn.

There were a number of reasons: a genuinely progressive, exciting manifesto; the opportunity for real political change; the feeling that Corbyn was genuine and that he was dedicated to tackling inequality in all its forms, including the growing generational separation. There was also the fact that the alternative a hard Brexit presided over by Theresa May and an increasingly hysterical rightwing press didnt stand thinking about. What Labour was offering to try to retain the benefits of the single market and the customs union seemed like the realistic, least worst option.

Brexit is a disaster, but it is happening. I may wish more than anything that it wasnt, but I likewise wonder how one can advocate that politicians can simply ignore a democratic make when they so choose. Labour is clearly aware that some of its voters likewise voted for Brexit and is trying to walk a difficult tightrope. As someone who has felt both dispossessed and politically excluded, I balk at the concepts of dismissing these voters, even if I myself believe that their election to leave was misplaced. Brexit was never wholly about leaving the EU a year ago, and nor should it be now. That referendum was as much a cry for help due to the house crisis, austerity, and a crumbling NHS as anything else. How can we just ignore that? In any case, a truly anti-austerity politician is the best possibility those same beings have at a better life.

I imagine there are quite a few people out there who feel the same as I do. To an extent Corbyns hand has been forced by his own party at a time when no one actually even is well aware Brexit will look like. But he is not the one in charge of this mess, and how the Tories gondola crash unfolds will have a significant bearing on the future of the country. Perhaps it is to them that we need to turn our eyes.