Drive The Cars
Home Car Crashs Britain is in the grip of an existential crisis that reaches far...

Westminster has still not come to terms with the grievances that drove the referendum result, says Guardian columnist Aditya Chakrabortty 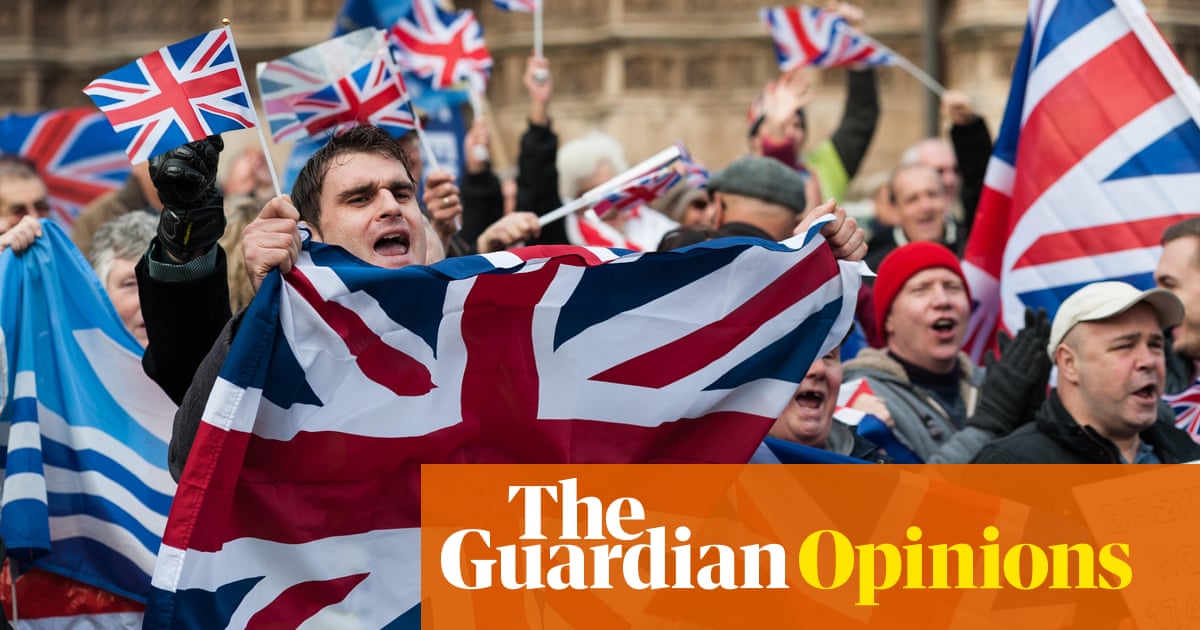 The person who is best qualified to hold up a mirror to British politics today is neither a minister nor an academic. He is not even British. No: he is, of course, Michel Barnier, the French-born servant of Brussels. In his 1,036 periods as the EU’s chief negotiator, he has sat for amounting hours opposite Theresa May, haggled with David Davis and Dominic Raab and their junior ministers and faced down countless Whitehall officials. He is the outsider who knows our plan inside out. So when he popped up right at the end of the BBC’s fly on the wall Storyville documentaries on the Brexit talks, I leaned in to listen.

Filmed in March, as it became clear that Britain would not be leaving Europe any time soon, Barnier is shown briefing elderly European parliamentarians. This latest dislocation is “more than weariness”, he tells them.” There is a very serious crisis in the UK which … isn’t linked to the text of Brexit and even less to the Irish backstop. It’s a much deeper crisis. An existential crisis .”

Barnier doesn’t time florid, so his texts leapt out. After virtually three years with his eyes pressed to a microscope developed on the British upper-clas, here was one of the EU’s finest declaring that the real failure wasn’t this clause or that loophole. It wasn’t even Brexit at all. The UK is in a crisis as big as the country itself.

There are times when some policy makers and pundits remember this, when they jerk awake to the reality that the country stands at a moment of reckoning most profound than Suez- one in which our institutions, our economy and our organization of the representatives are all being shown up as simply not up to the job. This week is plainly not one of those durations. I watched Barnier’s mentions on Sunday night, as the first UK results from the European elections began to roll in, evidencing a far-right party as the clear win. I woke up to a righteous hailstorm of commentary about What Jeremy Must Say Now and Who Replaces Theresa. Such debates can satisfactorily steam up the waistband windows of center London, but set in any situation they seem nearly recklessly marginal.

We have just been through an election that envision Labour wiped out in Scotland, clobbered in Wales, and under besiege in London, while the working party of authority trailed behind the Greens. Between them, the two main parties took less than a quarter of all elections. We can enter more caveats than in any policy contract- low-grade turnout, complain poll, all the rest- but it hardly changes the bottom line. We are fast approaching the third anniversary of the Brexit referendum and Westminster has still barely bothered to respond to the grudges that drove a upshot campaigned against by the entirety of the political and financial establishment.

After decades of taking the voters primarily for granted, the politicians and pundits can’t decide how to respond, so are caught in an nobility paralysis. Meanwhile, the public has worked itself up into an impotent savagery in which our party democracy is a sitting target. The resulting national mood is straight out of King Lear:” I will do such things,/ What they are, hitherto I know not: but they shall be/ The frights of the earth .”

And the time is filled with displacement activity. As I write, 10 MPs have applied to become leader of the Conservative party- all employing the same paroles in subtly different combinings. We is necessary to” courageous and optimistic“, says Boris Johnson, while Raab represents” optimistic vision “. But lo! Yonder comes Michael Gove, assuming “unity” and “vision”, elbowing digression Sajid Javid who have committed themselves to” find unity “.

On it starts, like some interminable escapade of The Apprentice, with each failing ink-toner salesman beg Suralan to pay heed to their “passion”. No one dares talk about the appalling parliamentary maths that obliges even a Queen’s communication impossible. Nor do they admit to having no actual ideas of their own. Forty years after Margaret Thatcher registered Downing Street, her great-grandchildren are still squabbling over who can claim her thoughts. What is Raab’s great wheeze? To slash income tax by 5p.

This is Thatcherism, in all its cold, potent, flunked ugliness. And the problem there is that the Thatcher experiment has pretty much miscarried. Four decades after she took power, 38% of working-age households now take more from the state in benefits , health and educational than they pay back in taxes. Wealth in Britain is so center that the head of the Institute for Fiscal Studies belief” inheritance is probably the most crucial factor in determining a person’s overall money since Victorian experiences “.

Around the same time Barnier was caught on film, I met another outsider expert on the regime of Britain. Roberto Unger is a philosopher at Harvard, much admired by Ed Miliband and regularly generated such plaudits as” the world’s more important contemporary academic “. A Brazilian, he also dished as a government minister under both Lula and Dilma Rouseff, where he was known to pass time between convenes by dipping into Milton’s Paradise Lost.

A” sympathetic foreign adherent of the British national escapade”, Unger couldn’t take his eyes off the great Brexit car crash. Although no devotee of Brussels, he saw:” If you leave the EU, you do so to become something else. But you don’t appear to know what you want to become .” Empire 2.0 and all that flag-waving guff he rightly waved away.

” European politicians whether centre-left or centre-right are so used to the politics of splitting the difference. They be impossible to facing up to fundamental problems ,” he said.” And that leaves a enormous vacuum-clean to be filled by any elapsing nationalist populism .” Except they extremely have no ideas, apart from buying a few more years for a busted economic example. That is true of Nigel Farage, of Johnson, of Raab- and all the challengers for the Tory leadership.

Instead, Unger misses a progressive delivery of power and money to parties and situates far from Westminster, so they can try their own social and economic ventures that will inform and revivify national politics. The insurgent localism of Preston, in Lancashire, matches that brief, as does the Welsh government’s brand-new focus on the foundational economy. Only Westminster starves such places of fund and is responding to any outbreak of political resource with suspicion.

Yet the philosopher’s challenge is the right one. What Brexit has shown again is our inability to think anew about what the territory and the economy are for, to sketch out what a different future might look like. Instead, the country is stuck in the old battles over who gets what gives and which clique in Westminster ranges things. You play games those recreations for a while, as long as everyone feels they are getting richer. But post-crash Britain has already been through one lost decade of payment increment. We need to get serious if we are not to have more, and the associate poison politics.