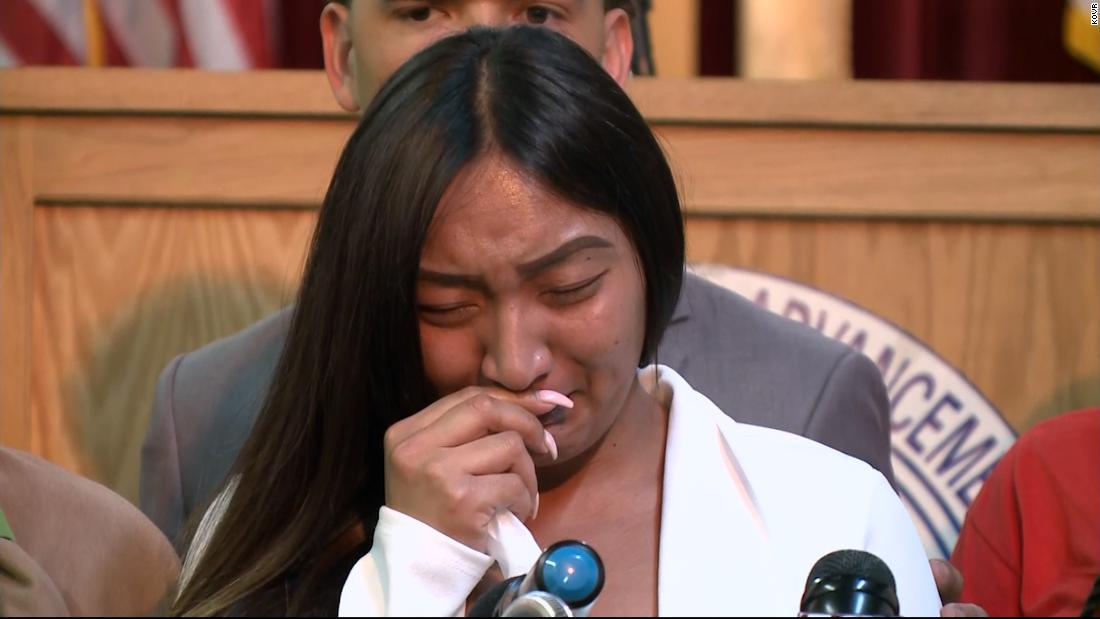 (CNN)The fiance of an unarmed black man who was fatally shot by Sacramento police offered a tearful rebuke of the county’s top prosecutor for not filing charges against the two officers who killed Stephon Clark.

In announcing her decision not to file charges, Sacramento County District Attorney Anne Marie Schubert painted a picture of Clark as a troubled young man who had problems with his fiancée, Salena Manni.
But Manni said what happened in the days leading up to the shooting last year didn’t matter.
“It’s not about anything that happened before that,” Manni said during a news conference Saturday after the DA’s announcement. “It’s about the officers who murdered him.”

Two days before Clark was killed, Sacramento Police responded to a 911 call regarding possible domestic violence. According to Schubert, Manni told police Clark had assaulted her, and her injuries were photographed by officers.
On March 17, Schubert said, information gathered from Clark’s phone shows Manni responded negatively to text messages in which he attempted to reconcile. Manni told Clark she would testify against him for the assault and that he would go to prison for the rest of his life, Schubert said. 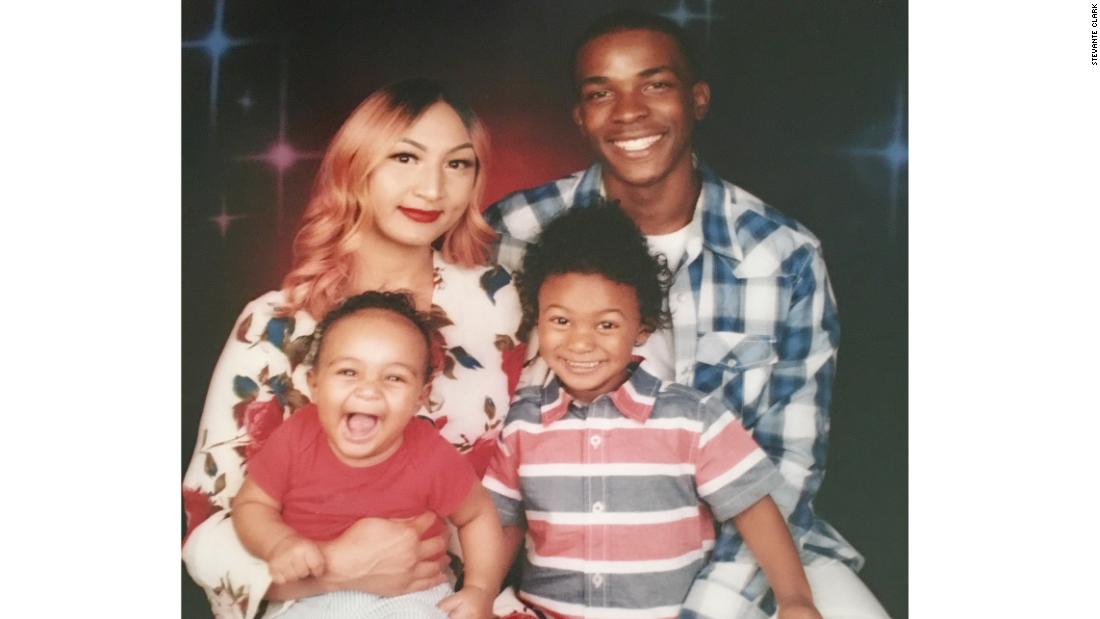 “It is clear that they had a very tumultuous relationship,” Schubert said. She added that Clark searched online for ways to kill himself with drugs and sent Manni a text message threatening suicide unless they fixed their family. The toxicology report indicated Clark had alcohol and multiple drugs in his system the night he was shot.
Manni said the officers’ actions on the night Clark was killed are more important.
“What I feel the DA announced today was not about what happened on March 16, was not about what happened on March 17. It was what happened on March 18, when the officers murdered my fiancé,” Manni told reporters. “That’s what this is about.”

Mother: His problems ‘not a permit to kill him’

Manni was filled with tears as she spoke to reporters. Her attorney paused to allow her to end her statement early, but she reassured him she wanted to continue.
She said that the announcement continued “a shameful legacy of officers killing black men without consequences” and broke her “family’s hearts again.”
Their two sons now have to go on without their father, she said.
“Please don’t stop advocating for legislation and policies that could protect other families from suffering this overwhelming pain and immense sense of loss,” Manni said.
“There were many things weighing heavily on his mind,” Clark’s mother, SeQuette Clark, told reporters outside a family home in Sacramento. “That’s not a permit to kill him.” 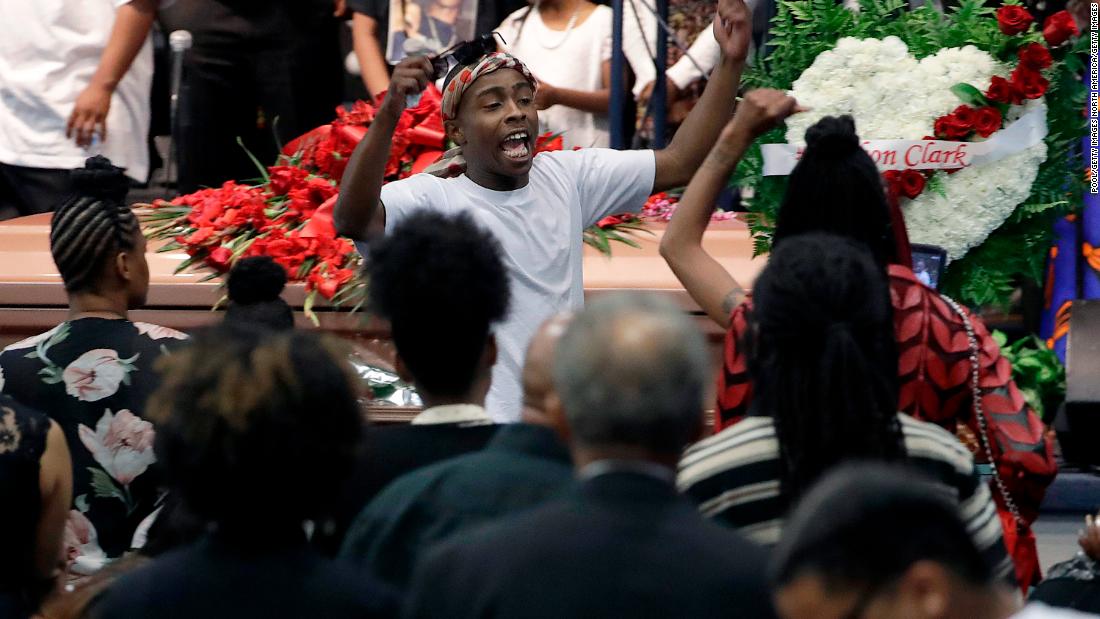 Authorities said the two Sacramento officers who shot Clark were responding to a report that a man had broken car windows and was hiding in a backyard. The person who called 911 told police the man — later identified as Clark — had jumped a fence. Police discovered he’d moved through two backyards into another property, Schubert said.
The prosecutor went through a lengthy presentation involving body cameras, helicopter surveillance video and photos. She said Clark vandalized three cars, moved to a backyard and broke a sliding glass door to a room where an 89-year-old man was watching television. He then jumped to another yard.
Directed to Clark’s location by the sheriff’s helicopter, the officers chased him to a backyard, one that belonged to his grandmother.
“Hey, show me your hands,” the lead officer said. “Stop. Stop.”
Clark was about 30 feet away behind a picnic table, the prosecutor said.
“Show me your hands,” an officer said, breathing heavily. “Gun. Gun.”
About 20 shots are heard in the body camera recording. An officer says, “He is down. No movement. We’re going to need additional units.”
Schubert described Clark as taking a shooting stance and officers firing after they saw a flash of light that one believed came from a gun. A cellphone was found underneath Clark’s body.
Clark was shot seven times, including three times in the back, according to the official autopsy released by the Sacramento County Coroner’s office. An independent autopsy found that Clark was shot eight times, with six of those wounds in his back, according to a forensic pathologist retained by Clark’s family. 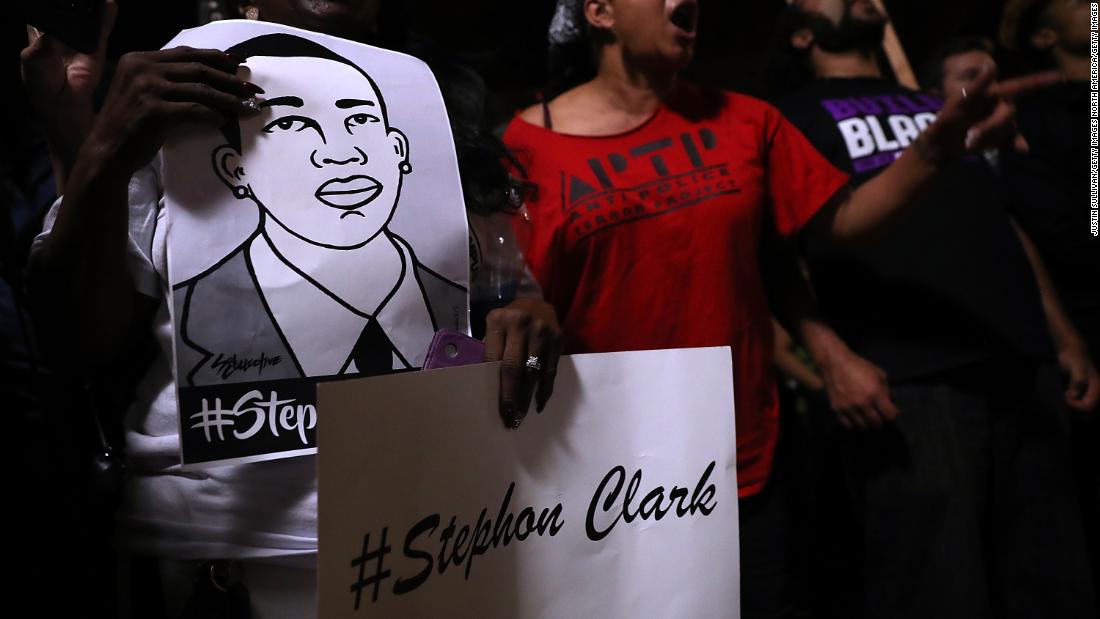 A presidential candidate weighs in

California Sen. Kamala Harris, a Democratic candidate for president in 2020 and former Attorney General of California, weighed in on the case.
“Stephon should still be alive today,” Harris tweeted Saturday. “Today’s news is a tragic and all too painful reminder that our criminal justice system is deeply flawed and lacks accountability. Our fight for justice continues.”
Schubert, who opened her news conference with an apology to the Clark family, said she met with his mother Saturday morning.
“There is no question that the death of Stephon Clark is a tragedy, not just for his family but for this community,” she said.
A few dozen people gathered at police headquarters Saturday and shared stories and poems on a microphone. At times, they chanted “No justice, no peace!”