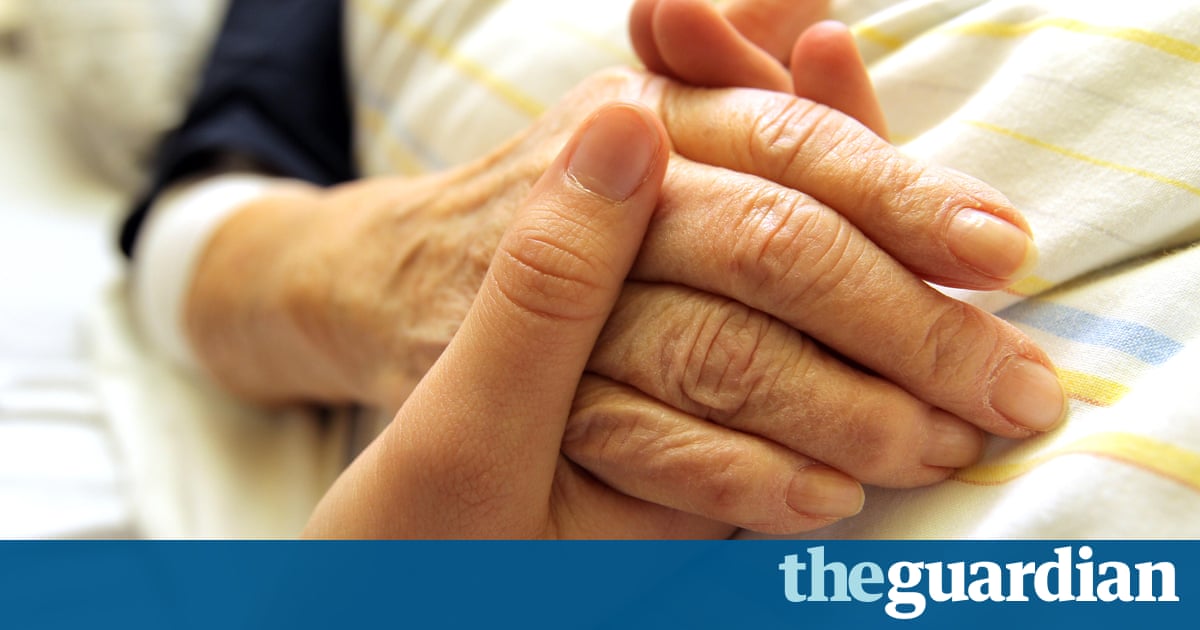 My mother died the night Hillary Clinton lost. These might seem like two very unrelated events and youd be right about that. But for me, and my somewhat particular circumstances, Ive found a plethora of meaning about life and death, feminism and politics.

See, it was also the night I was due to be sworn in as a councillor for my local city council. It was my first political foray and Ive reflected on the start of my own political journey while on the other side of the world a smart and skilled female politician saw the end of hers, with our whole gender brutalised by a despicable Trump. And though Mum doesnt know it, all my political guts I got from her.

Mum was diagnosed with breast cancer 10 days before the 2016 Australian federal election. Dad called me from Canberra to say he had taken Mum to hospital and she had acute pneumonia. I was going through the processes of my Labor nomination for council elections. With days to the federal election, every spare moment I wasnt working I was door-knocking and pre-polling.

I dont remember that first conversation with Dad. I do remember the call the next day when Dad told me Mum had terminal cancer (as well as acute pneumonia) and the cancer had spread through her ribs, spine and pelvis. I was at my desk so I booked a flight home and, as I headed out the door, asked a colleague to cancel me out of every election activity I was signed up for.

Breast cancer is a disease that inflicts itself predominantly on women. Its also one of the most misdiagnosed cancers around. Mum had her last mammogram only months earlier and it hadnt appeared. I grew bitter quickly.

At the same time this was a federal election where it was one bloke versus another bloke versus another bloke, and women barely seemed to get a mention. I had volunteered the bulk of my time on campaigns to support female candidates in tough Victorian seats, none who won. I sat bedside my mother who taught me everything and watched women largely erased out of public life.

On Sunday 3 July, a day after the federal election Mum was only in the second week of a disastrous five week stint in hospital my journal shows compassion draining out of me:

I suspect I will grow rough and battle hardened and unforgiving from this. A part of me hopes I will. Perhaps I will grow ruthless and mean and brutal like life and that might make me powerful like men. I dont think Mum will like the new me. Ill have an excuse to be mean now, finally.

I thought at length about quitting the council race. We didnt know the timeline Mums cancer was working to, although wed been told up to 24 months for stage four breast cancer. I was enjoying caring for her and all her needs. But quality of life for Mum was also about quality of life for her daughters and, honestly, I just always thought shed make it a little longer.

So I ran my council campaign in between working full time and flying back home to care for Mum, alternating every second weekend with my sister. Offering a parallel world to my campaigning life, my life with Mum gave me such relief. I loved the quiet nights I shared with her. From the carers bed in her room, I would lie facing her and would listen for her breathing as her lungs drew in air from her oxygen tank.

In late October, I won the third and final spot at the council ward elections; Mum went back into hospital and I flew home again.

While nothing can prepare you for the death of a parent I did everything I could to prepare myself. I read memoir and non-fiction (by women) and I talked with women who had experience, both personal and professional.

In the final days, as Mum slept sedated, I read A Very Easy Death by Simone de Beauvoir. It was the 50th anniversary of the translation of the French feminists account of her mothers death. The months of that death also mirrored my mothers own: a few long weeks over October and November.

De Beauvoirs mothers death was frightening to me because it was everything her maman didnt want. She wasnt ready for death and her medical wishes were not respected: the doctors operated on her even though she had begged de Beauvoir that she wouldnt let them touch her body. Her final moments were full of pain and distress. De Beauvoir wasnt even there as she had slept through the panicked phone calls from her sister.

I was not watching the US election results that afternoon and evening in November. Mum was at Canberras public hospice set amongst beautiful gardens and overlooking Lake Burley Griffin. For the last few days she had been heavily sedated. Mums breathing changed late in the afternoon and we knew, not long now.

In academia, philosopher Michel Foucault called it a heterotopia, but most of us might think of it as a bit of a headfuck, a space or place in time that has more meaning or relationship to another space than it might first appear. As my mum lay dying, I was in a room full of strong women with her. My cousin brought in the bad news from the US and I slumped in my chair beside Mum, overwhelmed by yet more insurmountable grief. I thought if I was back in Melbourne, if my mum wasnt dying, Id be at my council ceremony right now and Hillary might even have been winning but here I was in this awful parallel universe that happened to be real.

Mum died that night. A little after midnight, I woke from a light doze and Mum was turned slightly in her bed, facing me and she had stopped breathing. I leaned in close and checked for a pulse on her wrist. Her skin was so perfectly warm. The family all woke and we said our goodbyes.

I stayed with Mums body till morning. I picked out clothes for her as the nurses cleaned and dressed her. Then finally watched on as they are you ready for this? put Mums body into the transport bag. I followed the nurses as they pushed her bed down the hallway to the cold room, where I thanked them and having already said my goodbyes, left for my car and for my first day without my mum in a bleak, bleak new world.

In the months after, it was through the company of women, and particularly women who have lost their mothers, that I have found my feet again. I havent turned bitter and mean as I once thought or hoped I would. My feminism is softer with new compassion but also bolder with new militancy.

Im still finding my political feet, but Ive been elected to a council with majority women membership plus we have a female mayor and CEO too. At every council meeting I reflect deeply on the values, learnt from my mother, that drive my decision-making even if at times they wont make me popular.

I dont see much of Hillary in the news these days, which Im thankful for. It reminds me of Mum each time and when I do, bystanders watch me dab at my eyes and think she must really have liked Hillary. Little do they know that was the night my mum died.