About 5,000 mourners attend Virginia funeral of Muslim teenager deemed to have died in road rage beating, but feared to have been targeted for her religion 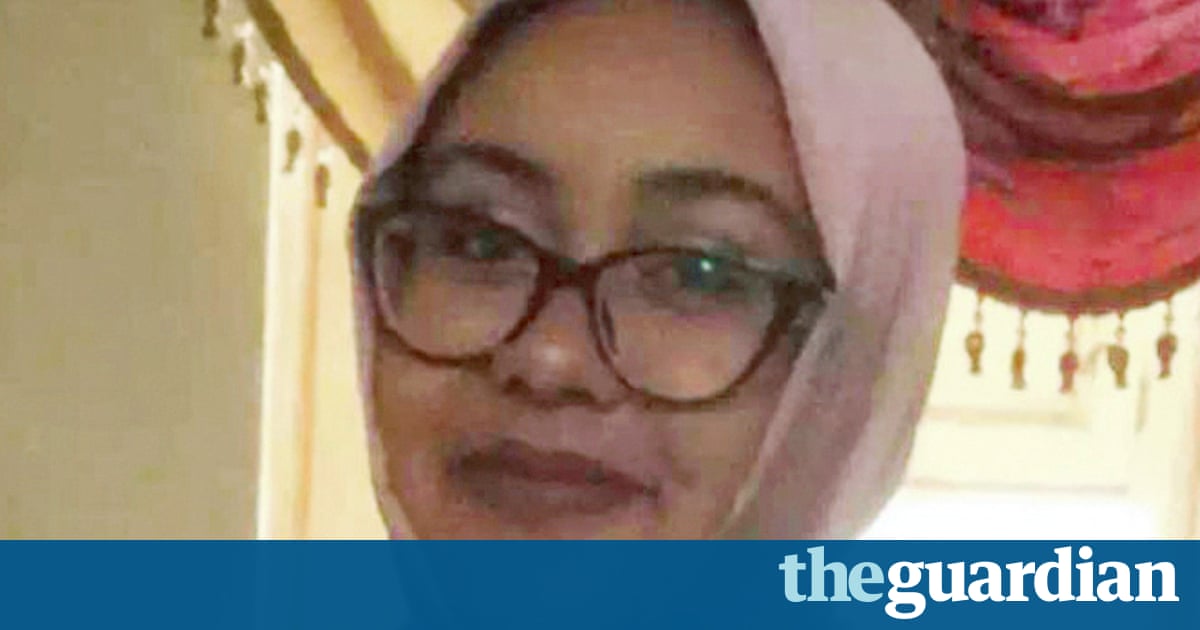 About 5,000 mourners have attended the funeral of a Muslim girl whose beating death, blamed by police on a motorists road rage, has some people in her community fearing for their safety.

Nabra Hassanen, 17, was remembered as a shining example of kindness and openness during the services. Some attendees left their cars as traffic overflowed and walked more than a mile to reach the mosque on Wednesday.

There is nothing like losing a child, especially in the way that we lost Nabra, said Imam Mohamed Magid, the religious leader of the All Dulles Area Muslim Society. He stood before Hassanens closed coffin, covered by a black shroud decorated with quotes from the Quran.

Police said Hassanen was bludgeoned with a baseball bat early on Sunday by a motorist who drove up to about 15 Muslim teenagers as they walked or bicycled along a road. Police said the driver became enraged after exchanging words with a boy in the group. A Hassanen family spokesman said the girls in the group were wearing Muslim headscarves and robes.

Magid said he sought to comfort the victims mother by telling her that a person who dies in such a manner will enter paradise with no questions asked.

He acknowledged that the slaying had people grieving and fearful, but he praised the many people who turned out in a fever to search for the teen before police discovered her body on Sunday afternoon.

While waiting for a vigil after the teens funeral and burial, Fairfax county police chief Edwin Roessler Jr spoke with the Associated Press about the communitys concerns.

Roessler said police had absolutely no evidence that her killing was motivated by hate but he acknowledged that many people still strongly felt it must have been a hate crime. Virginia law defines these, in part, as crimes that try to intimidate or instil fear in people targeted for their race or religion. Thats the myth, isnt it? the chief said.

He urged anyone with evidence that Hassanens killing was motivated by hate to come forward, and if evidence develops of a hate crime I promise we will charge to the highest levels.

Roessler said police were waiting on the results of forensic tests on her body, which was pulled from a pond on Sunday, in an attempt to determine whether Hassanen was sexually assaulted.

Were doing a thorough investigation and thats something of concern to us, he said.

Darwin Martinez Torres, 22, is being held on a second-degree murder charge. Police said he beat her with a baseball bat early on Sunday, drove off with her in his car and assaulted her again they have not said how before dumping her body in a pond near her home. His public defenders office has declined to comment.

At her funeral on Wednesday an overflow area was not enough to accommodate people who came in solidarity. The crowd overwhelmed suburban traffic and cars jammed into neighborhood streets more than a mile away to park.

Most mourners were Muslim but Christians and Jews attended as well. The Adams Center, one of the largest mosques in the country, has a long history of interfaith outreach and activism, and Adams board chair Rizwan Jaka said there had been just a tremendous outpouring of support from people of all faiths.

Lamia Sarver of McLean said the tragedy hit home because she has a daughter Nabras age. Shes warned her not to attend late-night Ramadan prayers and services with friends, so she wont be a target.

Pray at home, I tell her, she said.

I have two daughters. He has two sisters, said Zahid Hassan of Fairfax, who attended services with his son Yasin, and choked back tears as he spoke. It could have been anybody.

Shahnaz Aurazaki of Sterling said she lived in the area for 32 years and it was always safe, but now every day you see something on the news. Its scary.

We came because something very bad happened. We are upset. Our children are not safe.

Lena Masri, national litigation director for the Council on American-Islamic Relations, said in a statement that CAIR is representing Hassanens family and will monitor the development of the investigation to ensure a thorough examination of any possible bias aspects of the case.

Joshua Salaam, the Adam Centers chaplain, said on Tuesday that the mosque had faith in the police investigation but some people in the community were less concerned with legal definitions and having a more visceral reaction. We have people who may feel this is a hate crime and were dealing with that, he said.