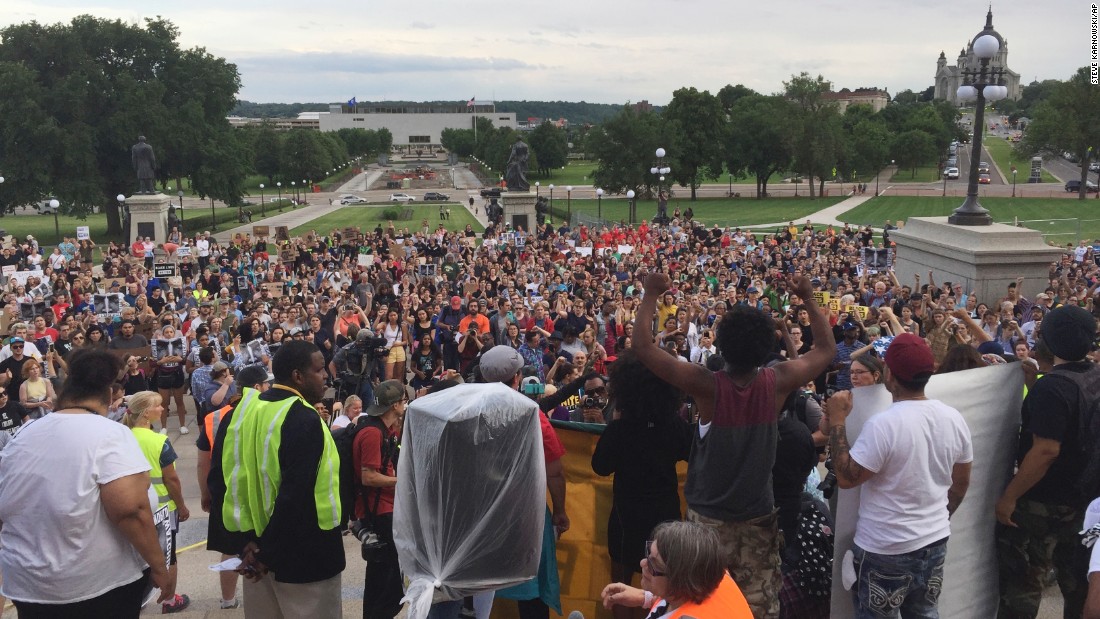 St. Paul, Minnesota (CNN)Protests large and small were mounted Friday night after a jury found a police officer not guilty in the fatal shooting of motorist Philando Castile.

A crowd gathered outside the Minnesota state Capitol and later marched through the streets. The St. Paul Police Department estimated 2,000 people participated.
Speakers led chants, sang hymns and urged the protesters not to lose hope.
The protests were expected. After officer Jeronimo Yanez fatally shot Castile during a traffic stop on July 6, 2016, demonstrations took place across the nation, partly because the aftermath of the shooting was live-streamed on Facebook by Castile’s girlfriend, a passenger in the car.
Organizers of the Friday protest said on Facebook, “This verdict shows how the system is rigged against justice for victims of police terror.” 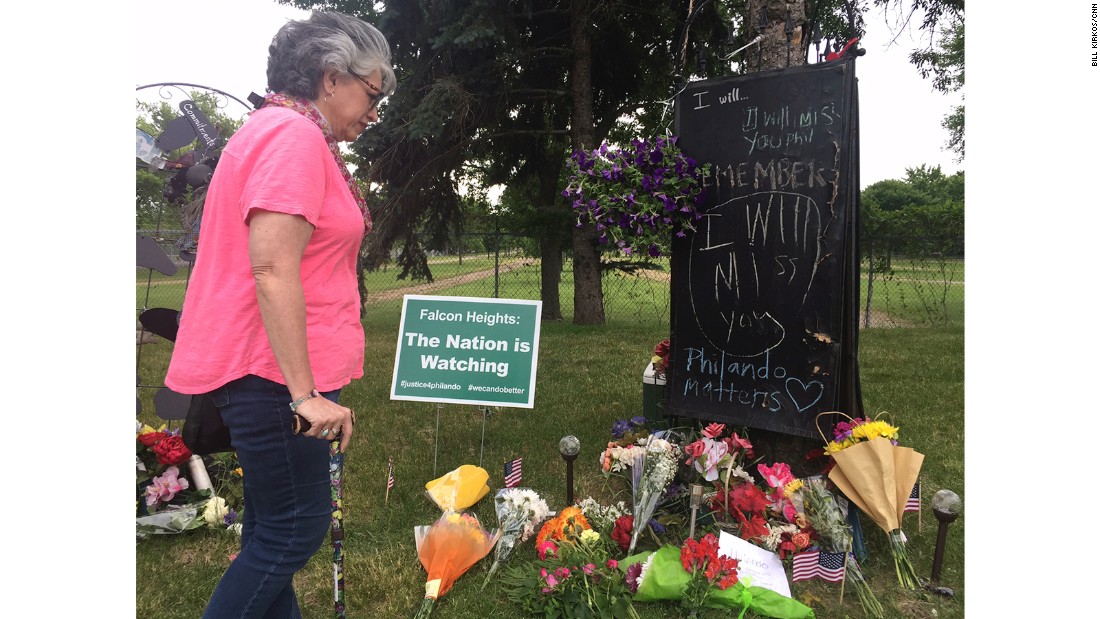 One woman made her feelings known in a smaller, quieter way.
Theresa St. Aoro brought flowers Friday to the spot in Falcon Heights, outside Minneapolis, where Castile was shot.
It’s been a roadside memorial since the day Castile died but it received extra visits Friday. Flowers piled up and a handwritten sign said, “I will miss you.” A more professionally made sign said, “Falcon Heights: The Nation Is Watching.”
“I was stunned, just stunned,” St. Aoro said. “I don’t think that this was a fair jury. It took so long when they couldn’t decide. Did they just say, ‘Oh, it’s Friday and I want to go home?’ This was not justice at all.”
St. Aoro said she believes the jury makeup was wrong from the trial’s outset.
The jury was composed of eight men and four women, including one black man and one black woman. The jury heard two weeks of testimony and spent about 27 hours deliberating.
“I don’t think this was a fair jury at all, made up of more than half middle-aged white people,” she said. 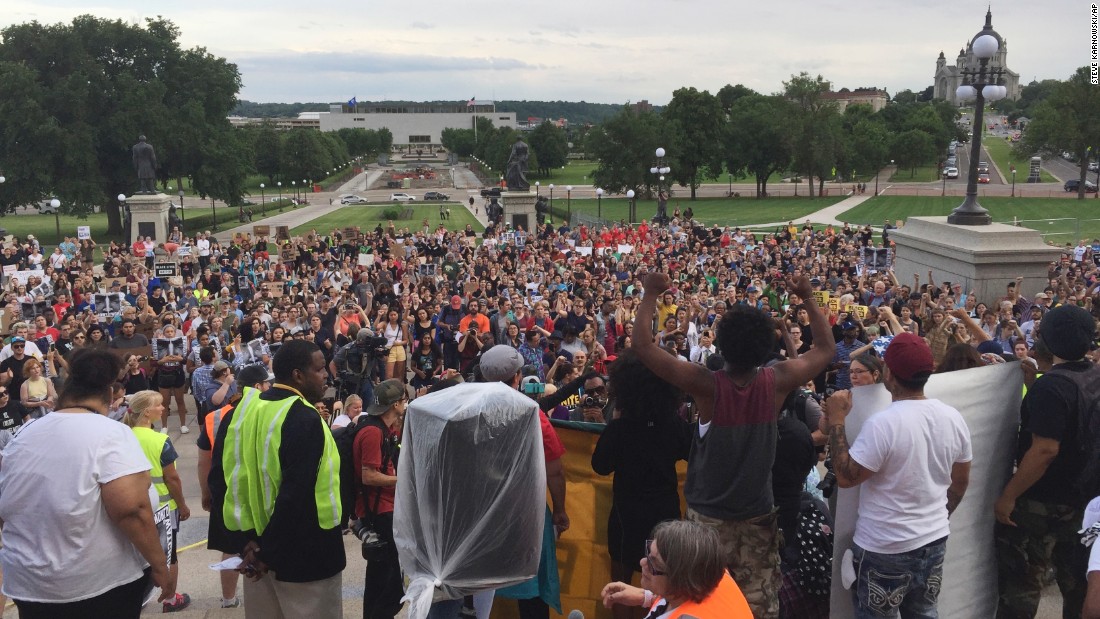 Numerous groups castigated the decision. Sherrilyn Ifill, the director-counsel of the NAACP Legal Defense Fund, said the jury’s decision shows how difficult it is to prosecute a police officer in a fatal shooting.
“This incident seemed so egregious and avoidable that we hoped that this time, it might be different — that this time, justice might be served,” Ifill said.
“Because if the government can take your life and no one is held responsible, you are a second-class citizen, if not fully dehumanized in the eyes of the law,” she said. “That is the devastating message this verdict, along with all those similar acquittals before it, sends to communities of color across the nation.”
The ACLU said in a statement: “Two Supreme Court decisions from the 1980s allow officers to use deadly force when a reasonable officer on the scene could reasonably fear for their safety. These two decisions create an atmosphere where police violence is sanctioned based on what we think a hypothetical officer could have felt, even if, in reality, the officer was acting recklessly, had ill motives or was acting based on implicit bias.
“Taking another person’s life is the most extreme action a police officer can take, and consequently new standards are needed to better ensure that police killings happen rarely.”
Mel Reeves, a community activist, told CNN outside the courthouse that Castile was killed by “the system.”
“Yanez worked for the system. He killed somebody. Philando Castile got victimized by the system. So we need to start asking question about the system — why is the system violent?” Reeves said.