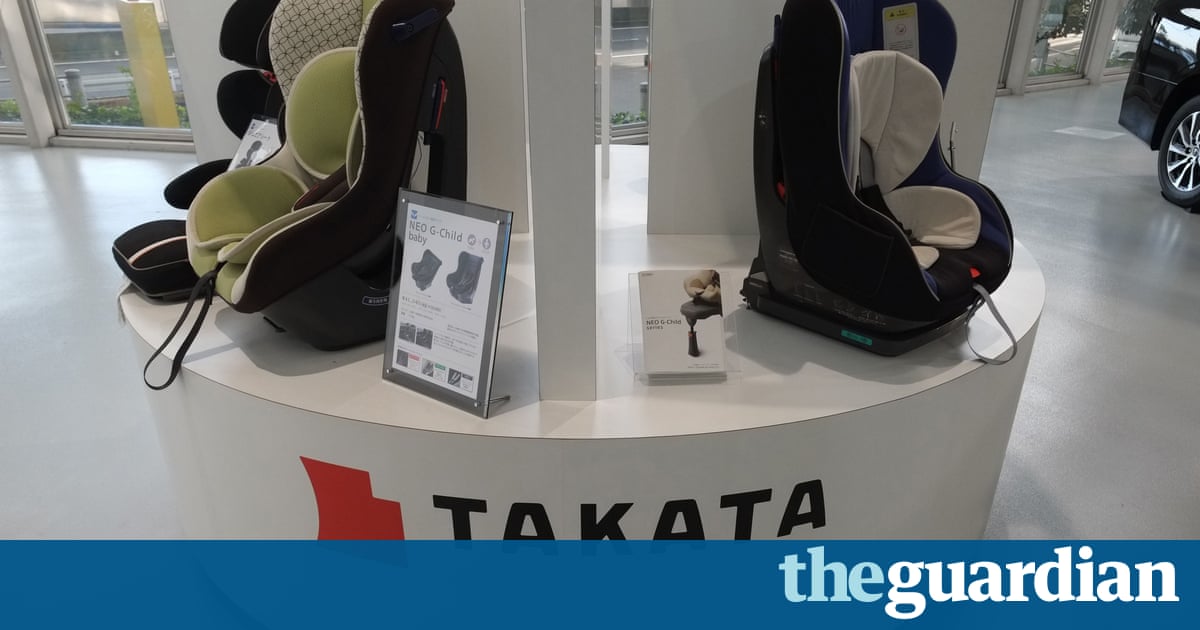 The Tokyo-based car parts giant is facing lawsuits and huge costs over an airbag defect linked to at least 16 deaths globally. News reports have said its liabilities would exceed 1tn yen ($9bn). Immediate confirmation was not available.

American car parts maker Key Safety Systems (KSS), owned by Chinas Ningbo Joyson Electronic, will take over Takata, both companies said on Monday. Takata will sell its assets and businesses to KSS for an estimated $1.588bn, they said.

Trading in Takata shares was suspended at the opening of the stock market on Monday after a week of huge volatility and the Tokyo Stock Exchange said it would delist Takata on 27 July.

At a board meeting on June 26, our company decided to begin procedures in filing for bankruptcy protection, Takata said in a statement after making the filing with the Tokyo district court. It said the court had accepted the measure.

Takata has 12 overseas subsidiaries that have also filed for bankruptcy protection.

Jason Luo, the president and chief executive of KSS, voiced confidence in Takatas rehabilitation. Although Takata has been impacted by the global airbag recall, the underlying strength of its skilled employee base, geographic reach, and exceptional steering wheels, seat belts and other safety products have not diminished, he said in a statement.

We look forward to finalising definitive agreements with Takata in the coming weeks, completing the transaction and serving both our new and long-standing customers while investing in the next phase of growth for the new KSS.

Takata shares soared more than 40% on Friday after collapsing over the week as traders made bets on its likely bankruptcy. Analysts attributed the upsurge on Friday to speculative trading among short-term investors hoping to profit from wild swings in share prices as well as to position adjustments ahead of the weekend.

Nearly 100m cars, including about 70m in the United States, were subject to the airbag recall linked to a risk they could improperly inflate and rupture, potentially firing deadly shrapnel at the occupants.

The ultimate cause of the malfunctions has not yet been identified but three factors are suspected: a chemical component, ammonium nitrate, that responds poorly to humidity; extreme climatic conditions, such as heat and high humidity; and faulty design.