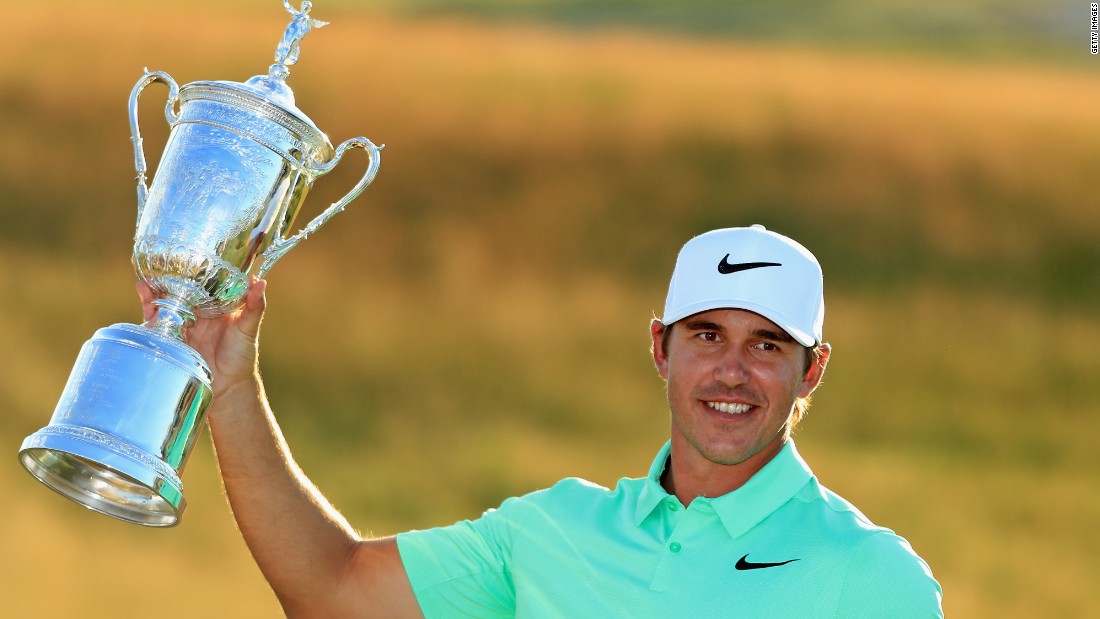 (CNN)He took the road less traveled and it made all the difference as Brooks Koepka clinched his maiden major title at the 117th US Open.

US OPEN LEADERBOARD
The 27-year-old American, who cut his pro teeth on Europe’s second-tier tour, triumphed by four shots over fellow American Brian Harman and Japan’s Hideki Matsuyama at Erin Hills, Wisconsin, Sunday.
Follow @cnnsport
The powerful Floridian fired a final-round 67 to become the seventh first-time major winner in a row and third consecutive home winner.
Koepka’s winning score to par of 16 under equals the mark set by Rory McIlroy in 2011, although Congressional Country Club was a par 71, not 72.
The world No. 22, a member of the victorious US Ryder Cup team in 2016, pocketed a cheque for $2.16 million alongside the US Open trophy.
“It’s unbelievable, it’s pretty cool,” said Koepka, who has knocked on the door before in majors, with fourth in the 2014 US Open and 2016 US PGA.
“To be in the same category as some of the names on this trophy is special.”

Unlike many US pros, Koepka made an alternative start to his career by joining Europe’s Challenge Tour, playing in far-flung locations such as Kazakhstan as he sought to gain his playing rights for the full European Tour.
Four victories across 2012 and 2013 did the job, and he picked up a solitary European Tour win in Turkey in 2014 en route to being named the Tour’s Rookie of the Year.
He made the switch back to the PGA Tour in 2015, and won his only other title the same year.
“To be on the Challenge Tour, driving around in a little mini car with four guys and golf bags to being the US Open champion is pretty cool,” he said.
“To go over to Europe and cut your teeth and learn to play in different conditions is what you need to do. I look back at those wins and I probably haven’t won as much as I would like on the PGA Tour but this will do.” 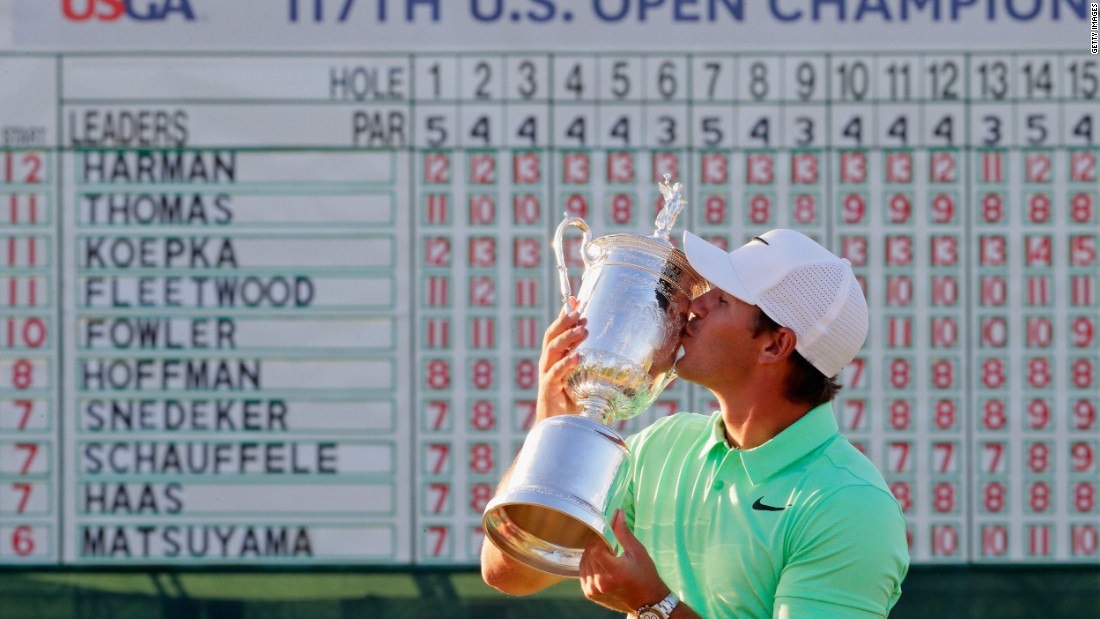 READ: US Open day three — Thomas fires record score, Harman leads
READ: US Open day two – Top three miss cut as quartet lead
READ: US Open day one — blimp crashes, Fowler leads
READ: Dustin Johnson was ‘fed up with being good’
READ: Jon Rahm — the new Seve Ballesteros?
READ: Sergio Garcia — Masters win was my destiny
In a stiff breeze Sunday, he battled with third-round leader Harman for the early part of the round, before taking the tournament by the scruff of the neck with three straight birdies from the 14th as the chasers faltered.
World No. 50 Harman dropped a shot at the last to for a 72 to slip back alongside Matsuyama,whose impressive 66 gave him the early clubhouse lead. 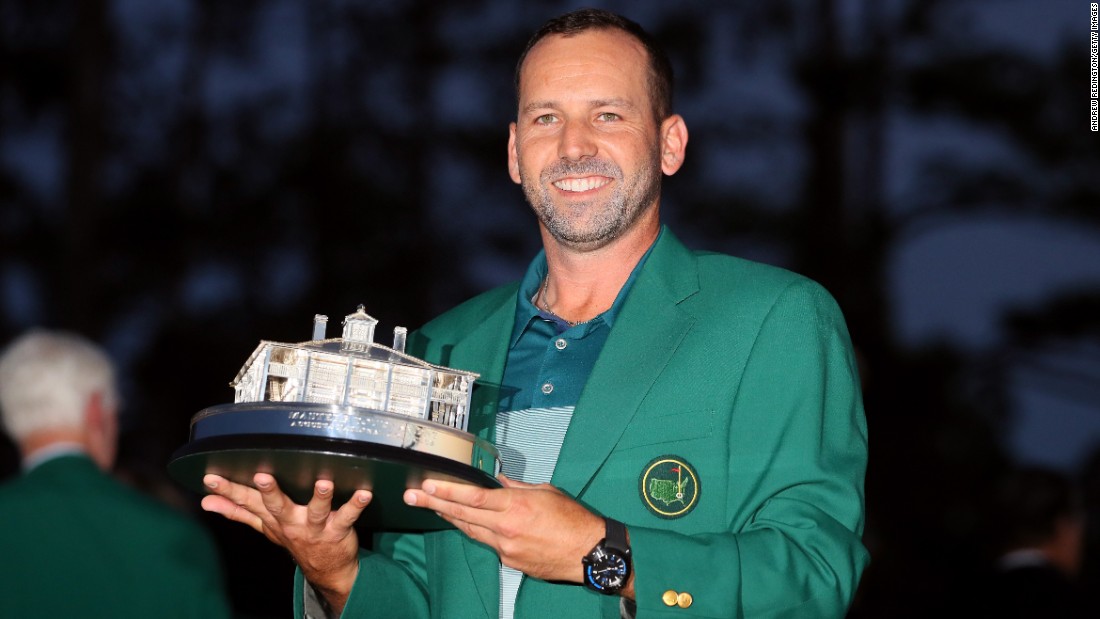 Harman was bidding to become the first left-hander to win the US Open, ironic given the absence of record six-time runner-up Phil Mickelson who attended his daughter’s graduation Thursday.
England’s Tommy Fleetwood, 26, who shared second with Koepka and Thomas overnight, carded 72 to end fourth at 11 under for his best finish in a major after previously making just one cut in seven attempts.
Rickie Fowler, arguably the best player of the current generation not to have won a major, was unable to spark a challenge and could only manage a level-par 72 to end 10 under alongside countrymen Xander Schauffele and Bill Haas.
“You have to measure success in different ways, not just by winning, just because that doesn’t happen a whole lot,” said Fowler.
“I think Tiger had the best winning percentage of all time at 30%, and you’re lucky to even sniff close to 10.”
Visit CNN.com/golf for more news and videos
American Justin Thomas was another whose previous magic eluded him after Saturday’s record US Open round in relation to par of nine-under 63. Thomas faded to a three-over 75 for eight under.
“Anytime you don’t win, it stings,” said Thomas.