The W Series, which will start next year, aims to boost female participation but has been criticised for segregating women 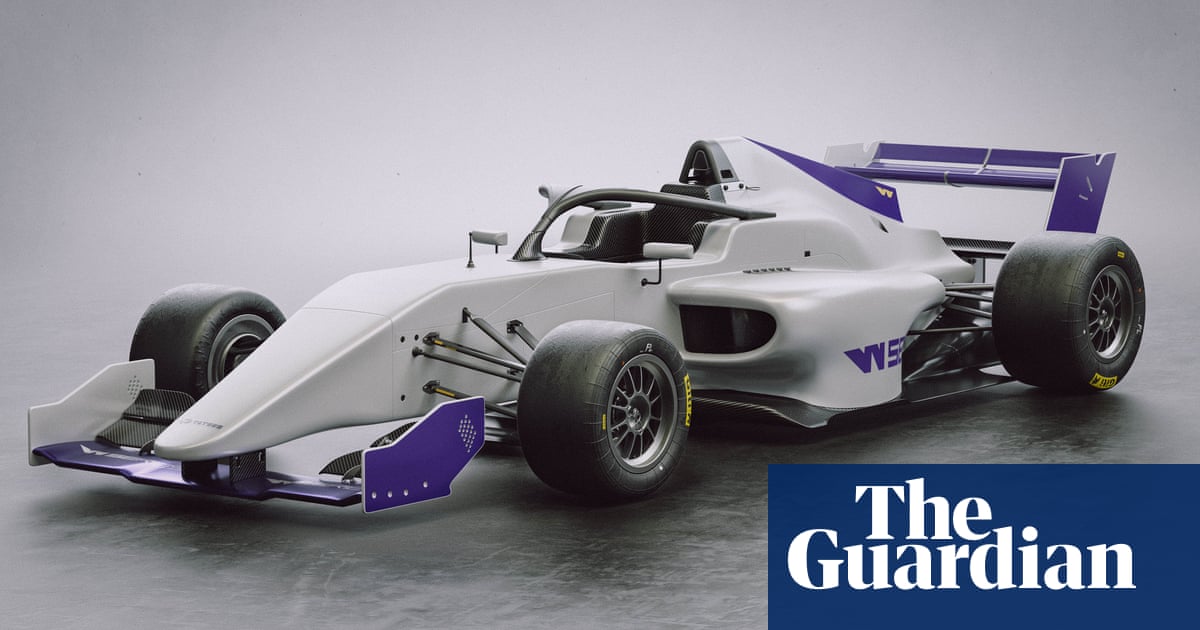 Motor racing will have a new series next year, an all-female driver competition designed to promote and provide a stepping stone to overcome the sports huge gender gap. The W Series created controversy when proposed last year but there is optimism it will prove to be successful, long-lasting and make a difference to encouraging women into Formula One.

The series will use a 2018 Tatuus Formula 3 car, with a 1.8-litre turbocharged engine, slick tyres and a halo device as used in F1.

Motor racing is one of the few sports where men and women can compete on a level playing field. F1 has always attracted the greatest attention but has far from presented a gender balance. More than 900 drivers have competed since the championship began in 1950 but only two have been women. The last official appearance was Lella Lombardi in 1976. South Africas Desir Wilson raced for Tyrell in a non-championship meeting at Kyalami in 1981 and won a race in the short-lived British Aurora F1 Championship at Brands Hatch in 1980 in which F1 cars were competing, but it remains an imbalance the W Series aims to address.

There will be six races across Europe, including one in the UK, and 20 drivers. They will not require funding but will be selected by judges, including the former driver David Coulthard, the Red Bull technical director, Adrian Newey, and Lewis Hamiltons former sporting director at McLaren, Dave Ryan. There will be a prize fund of 1.15m.

Catherine Bond Muir believes it is time to address the gender gap. The more I looked at how other sports promoted women, the more I thought this was a really good thing to do, the W Series chief executive said. We still dont have a woman in F1 this is just another method of trying to do that.

F1 has long been a boys club. The former chief executive Bernie Ecclestone was dismissive of women, once saying they should be dressed in white like all the other domestic appliances. He has since been put out to pasture by Liberty Media which is more receptive to women drivers.

However much of the criticism of the new venture has come from women, who argue a separate series is a retrograde step. Pippa Mann, who in 2011 was the first British woman to compete in the Indy 500, was scathing when the series was proposed. She compared it to The Handmaids Tale and referred to it as a circus. The series was those with funding choosing to segregate women as opposed to supporting them, she wrote on Twitter on Wednesday.

Mann is not alone in this opinion but Muir insisted the goal is to help bridge the gap. The structure of motorsport is not working for women drivers, she said. Whatever is happening at the moment isnt working, so lets try something new.

One driver who may take part is Britains Jamie Chadwick, who won the British GT Championship and this year was the first woman to win a British F3 race. She has been explicit about why there are low numbers of women competing and insisted limited backing has always weighed heavily against women drivers.

Muir hopes the series will address the problem. We are getting more women involved in order that they can race more effectively against men, she said. We want women and men to race equally and we want to make female champions in mixed racing. This is an artificial device in order to make that happen.

There is an analogy with sailing. Men and women compete equally in sailing but in the Olympics in the 70s and 80s there were two Games where there were no women at all and in those decades there were never more than four women among 300 and 350 people competing. So the Olympic movement created a lot of female competitions as well as mixed competitions. So it does work giving women access to the best training and a highly competitive environment.

The series is being funded by the Scottish businessman Sean Wadsworth, who ran a recruitment business until 2016. With the motor sport industry competitive and financially very difficult to sustain, the series believes it has lasting backing .

We have investors and it is funded through equity, Muir said. We need to turn it into a viable business. Conversations with sponsors have been exceptionally encouraging. We want to reach as wide an audience as possible. We wont be selling TV rights for a couple of years. We want to go on terrestrial and digital platforms. As a former investment banker I live by spreadsheets and I think this one looks fantastic.

Some of the objections are understandable but given the difficulty for women drivers to advance, the series may at least provide the boost needed to create better opportunities and more interest in the sport for women. If they go on to compete against men, as is the intention, it will count itself a success.